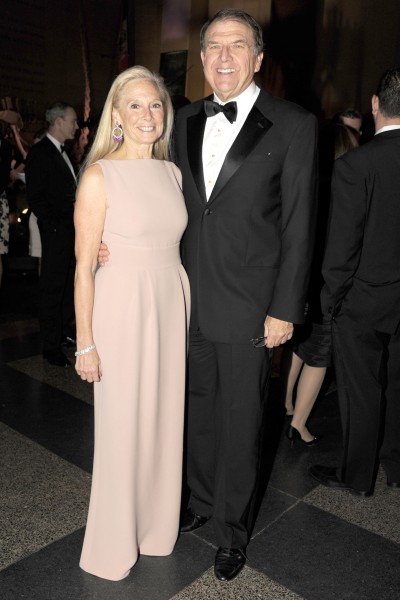 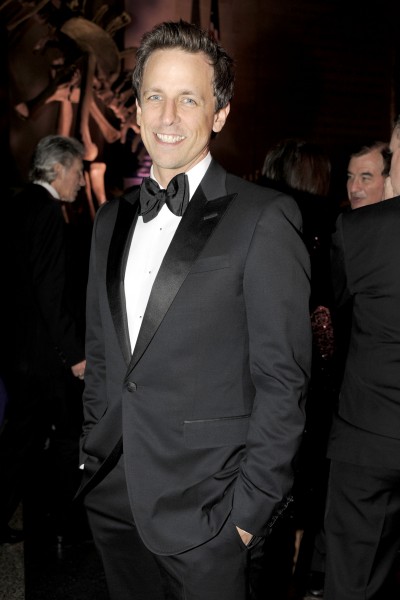 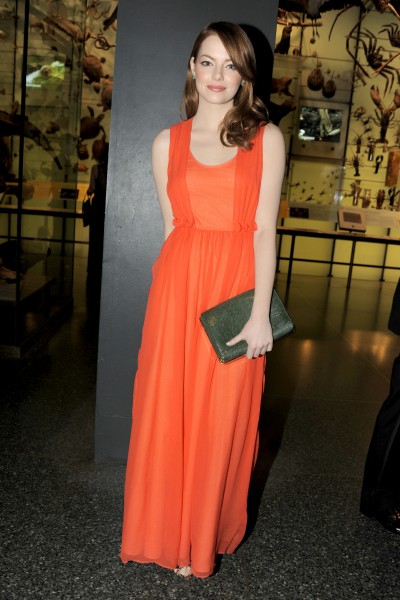 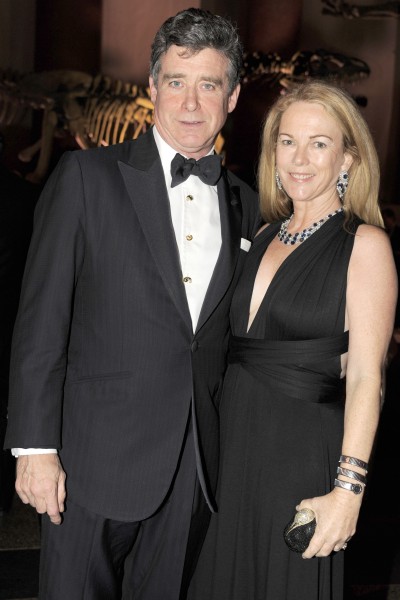 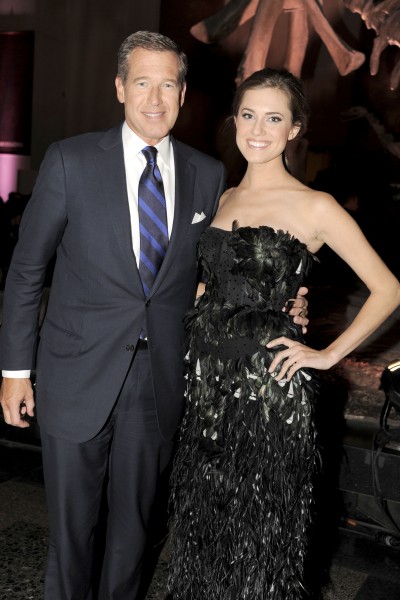 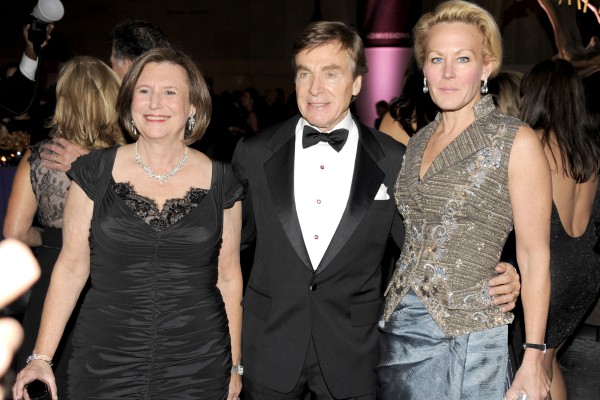 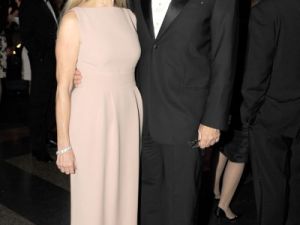 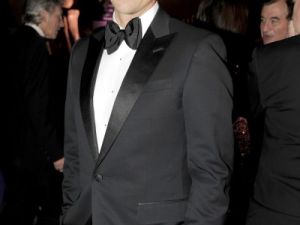 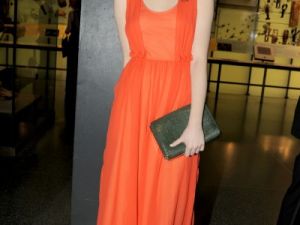 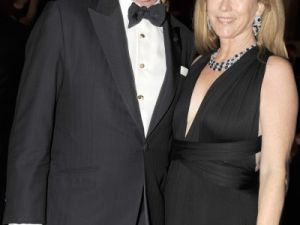 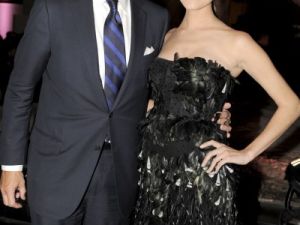 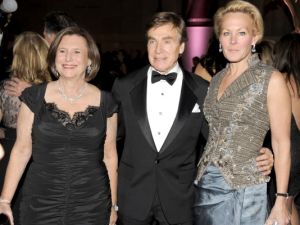 While perhaps known for attracting young parents with double strollers and stockpiles of juice boxes during the day, the American Museum of Natural History does clean up nicely. The  museum was hardly recognizable as we approached last Thursday evening: frenzied mothers were conspicuously absent and nary a public school tour was in sight. Instead, a phalanx of tuxedo-clad gentlemen were walking arm-in-arm with their resplendent wives. While we thought Chopin might have provided suitable soundtrack for the scene, we were met instead with blaring horns as the fleet of taxis and town cars in front of the museum was snarling traffic and causing a sizable jam.

Guests made their way up the stairs in search of a drink. Four courtly quotations from President Roosevelt, addressing the subjects of Nature, Manhood, Youth and the State, are mounted on the room’s four imperial walls. Although there were two refreshment stations in the room, the vast majority of revelers congregated at the bar directly beneath the president’s meditations on Youth, by serendipitous coincidence or subconscious gravitation The Observer remains unsure. “I want to see you game, boys, I want to see you brave and manly, and I also want to see you gentle and tender. Be practical as well as generous in your ideals,” the quotation began.

What the crowd didn’t have in youth they certainly made up for in liveliness and, per the President’s entreaty, proved they were game for the evening’s festivities. Lisa Guggenheim, Richard and Karen LeFrak, Jay McInerney and his wife Anne Hearst greeted one another and cordially smiled as they were introduced to admiring friends of friends.

Muffie Potter Aston entered the room with her husband, Dr. Sherrell Aston, and was immediately bombarded with air kisses from friends and contemporaries. We asked Ms. Potter Aston what made the American Museum of Natural History stand out among the other galleries in New York. “I think this is one of the most extraordinary places in the world,” she said. “I mean obviously I love the Metropolitan,” she added diplomatically, “But I have young children and even if I didn’t have young children the exhibits in this museum are extraordinary,” she said.

A host of comedic talent entered the hall towards the end of cocktail hour. The merry-making humorists, including Alec Baldwin, Emma Stone, Tina Fey, Kristen Wiig, Jimmy Fallon, Steve Martin and Jason Sudeikis are regulars at the event, turning out each year to support museum board member Lorne Michaels, who also happens to be the producer of “Saturday Night Live.”

Two massive dinosaur skeletons surveyed the unlikely crowd from above, their Jurassic jawbones wired agape. They seemed to be laughing mirthfully at the spectacle below. We asked comedian Seth Meyers what he thought of the towering fossils. “I think they had a great run.”

Jimmy Fallon appeared and was soon surrounded by a crowd of admirers almost rivaling Ms. Potter Aston’s. We asked Mr. Fallon what he thought of the scene at the party. “You feel like you’re in a real housewives episode. It’s fantastic.” Mr. Fallon told The Observer that he particularly enjoyed the event because it affords one the rare opportunity to eat and imbibe beneath a giant whale. “You get to sit underneath the whale, have alcohol… and listen to great music and it’s all for a good cause and it’s all fun,” he said. We asked Mr. Fallon if the 94-foot blue whale suspended from the ceiling in the Milstein Hall of Ocean Life had a name. “Fudgie the whale. It’s either that or a Carvel cake, one of the two. ”

Before long, several staff members began hitting gongs in a dramatic, if particularly irritating, plea for guests head downstairs and find their seats at dinner. Walking down the slick marble staircase, spouses trailed behind as their wives held tight to the railing and took half-steps to avoid tripping in their heels and ball gowns. The slow-motion procession finally reached the subterranean level.

Before sitting down, we noticed John McEnroe chatting with a friend. The Observer asked him if he had a favorite exhibit at the museum. “I’d always though I’d like to sleep with the whale sometime,” he said, rather startlingly. “Have a sleepover party,” he clarified, doing little to assuage our confusion.

Guests took their seats where a vegetable tian with avocado and chopped corn was already on the table. Waiters worked their way through tables with a seemingly endless supply of wine, before serving a pepper crusted filet for the main course.

After glasses were topped once more (and perhaps strategically so), Sotheby’s chairman Jamie Niven took the stage with Brian Williams. After a successful live auction, Mr. Niven announced to the waiting crowd that real estate hotshots Karen and Richard LeFrak had agreed to match donations up to $1 million. Motivated by the couple’s generous pledge, a number of hands shot in the air pledging meaningful (if less substantial) sums.

Still soaring from the live appeal, Brian Williams announced British rockers, Coldplay. The audience was on their feet within moments cheering as the band took the stage. Well-refreshed from dinner, the audience was soon swaying noticeably to the band’s five-song acoustic set. The moment the band finished, guests began the slow ascent upstairs, husbands lending a steadying hand to their slow moving wives once more.
The line of awaiting taxis was yet again wreaking havoc traffic and drivers were laying on their horns in cacophonous discord as we left the building. Realizing we had taken the Coldplay’s calming harmonies for granted, we hailed a cab, and promptly rolled up the windows to block the noise.