Performa seances and NYU classes aside, James Franco has kept it pretty low-key for the past couple weeks. What has that crazy Artist been up to?

“I’m not supposed to say too much, but we don’t want to do something that feels very fashion-heavy…It’s a more natural kind of approach. It’s not a heavy-handed fashion world sell-job. It’s really about bringing the natural essence out of the performers and models.”

So…this will involve some sort of blood-letting ritual? He’s being kind of vague, but we’re assuming that every time you hire James Franco to do some sort of artistic project, you first take out a couple of insurance policies on his arms and then stash the dirty razors under the sink.

“We want to tell our story about our California roots and James Franco so embodies the ideals of California,” said Barry Miguel, president of Seven For All Mankind, which is owned by VF Corp. “He was born and raised in California and he encapsulates that idea of freedom of expression and being modern in California.”

Totally. When we think of California, we just think “James Franco.” Everyone in California is an Academy Award-winning nominated actor who manages to scheme his way through several prodigious PhD and MFA programs, write a book, teach poetry, direct, write, and star in films, make cameos in soap operas as a means of showing off their performance art, make an album with a drag queen, and create several installation projects every 12 months or so. That whole state isjust very full of super weird, highly-ambitious heartthrobs of indeterminate sexuality. Who starred in Spider-Man. 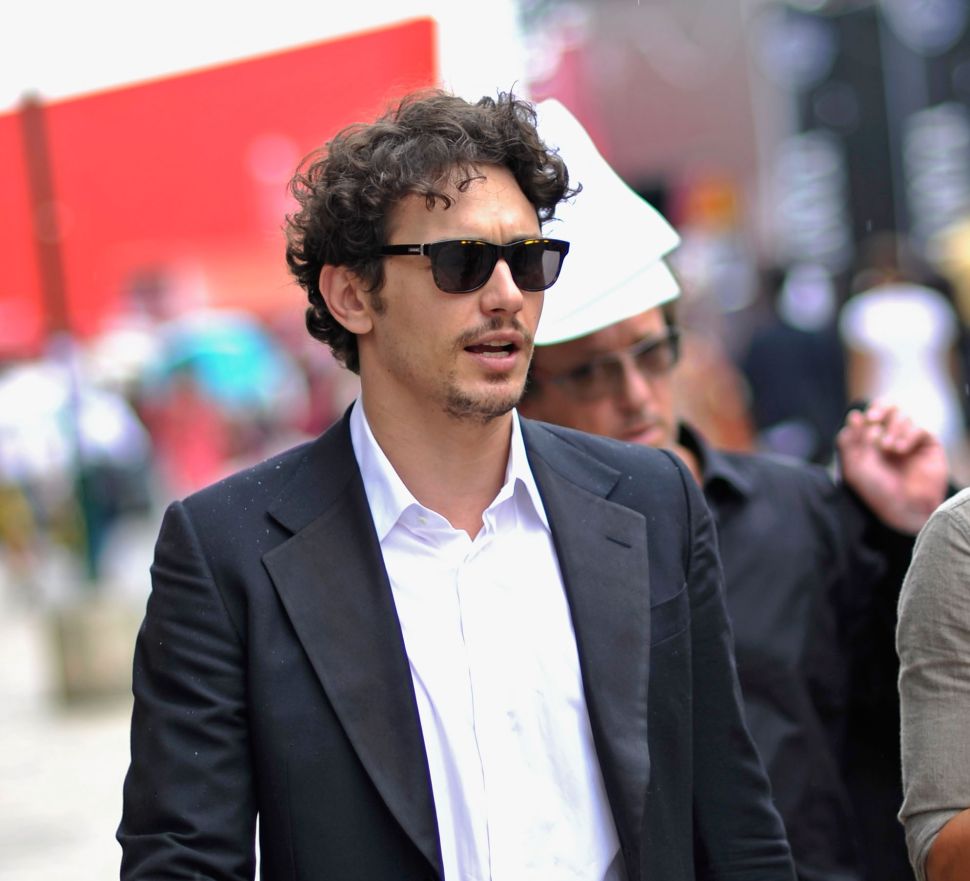