By the time you read this, you might have already forgotten that Kim Kardashian is getting a divorce in the face of the news that Zooey Deschanel, the world’s favorite hipster-with-bangs, is also getting a divorce. But just in case you hadn’t forgotten, or for some reason were able to keep two celebrity divorces in your head at once, Ms. Kardashian has come out with an official statement on her blawg.

Best parts highlighted for your enjoyment:

I am trying not to read all the different media reports but it’s hard not to see all the negative ones. First and foremost, I married for love. I can’t believe I even have to defend this. I would not have spent so much time on something just for a TV show! I share so much of my life on a reality show, that contemplating whether to even film my wedding was a tough decision to make, and maybe it turned out to not be the smartest decision. But it’s who I am! We filmed Kourtney giving birth, Khloe getting married, break ups, make ups, our best moments and our worst moments. These were all real moments. That’s what makes us who we are. We share, we give, we love and we are open!

Everyone that knows me knows that I’m a hopeless romantic! I love with all of my heart and soul. I want a family and babies and a real life so badly that maybe I rushed in to something too soon. I believed in love and the dream of what I wanted so badly. I felt like I was on a fast roller coaster and couldn’t get off when now I know I probably should have. I got caught up with the hoopla and the filming of the TV show that when I probably should have ended my relationship, I didn’t know how to and didn’t want to disappoint a lot of people.

I’m being honest here and I hope you respect my courage because this isn’t easy to go through. But I do know that I have to follow my heart. I never had the intention of hurting anybody and I accept full responsibility for my actions and decisions, and for taking everyone on this journey with me. It just didn’t turn out to be the fairy tale I had so badly hoped for.

There are also reports that I made millions of dollars off of the wedding. These reports are simply not true and it makes me so sad to have to even clarify this. I’m so grateful to everyone who took the time to come to my wedding and I’ll be donating the money for all the gifts to the Dream Foundation.

I’m sorry if I have hurt anyone, but my dad always told me to follow my heart and I believe now that I really am.

Wow, there is a lot to unpack here, especially since most of it is contradicting itself. So she definitely didn’t get married because of TV but because of TV she didn’t end the relationship when she should have? Her sister giving birth is a “real” moment, to be sure, but maybe it shouldn’t be put in the same “real” category of your family’s various other “break ups” and “make ups”? We don’t know…just a thought.

Also, she definitely didn’t make millions off the wedding* but did make enough off the presents alone that it’s worth mentioning how she’ll be donating all that cash to charity?
Guys, maybe we should just respect her courage on this one, which is definitely a thing people say in real life. “I hope you’ll respect my courage.” God bless you and our troops, Ms. Kardashian. Your divorce is definitely the struggle that defined our decade.

*Really? Where did that $12-15 million that E! paid for it go, then? How about the $2.5 million that People dished out for the wedding shots? Ms. Kardashian, you are somewhat of an astute businesswoman: to say that you didn’t profit off your wedding which you sold to a television network and a soft glossy would make you seem even dumber than any media outlet could ever make you out to be. 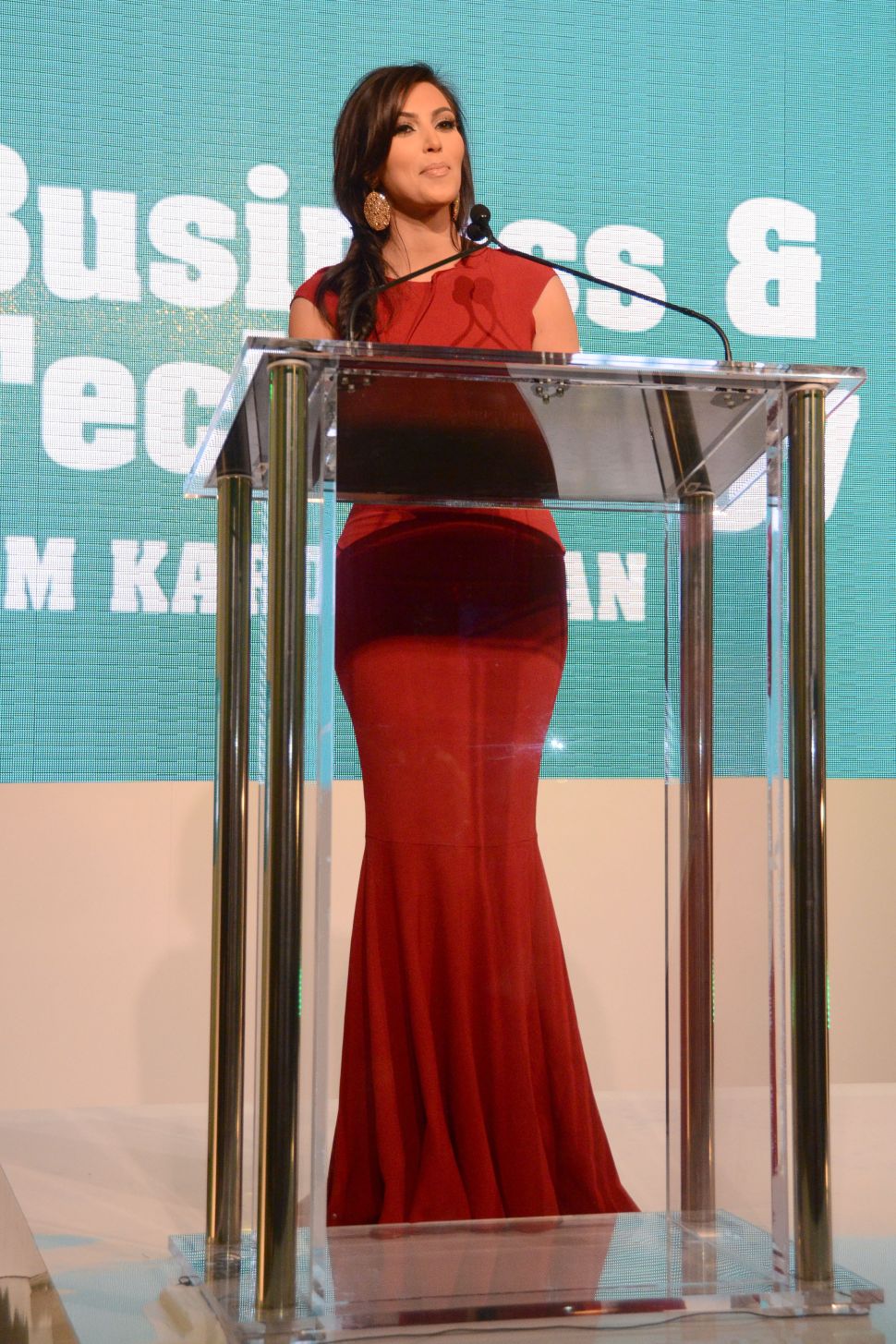