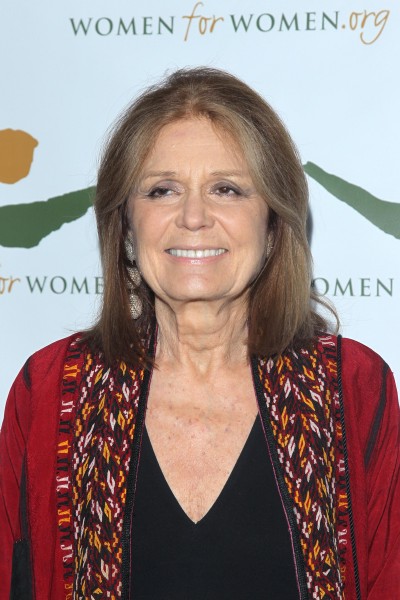 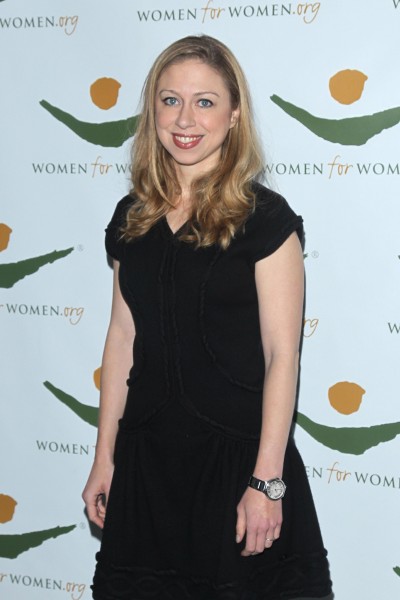 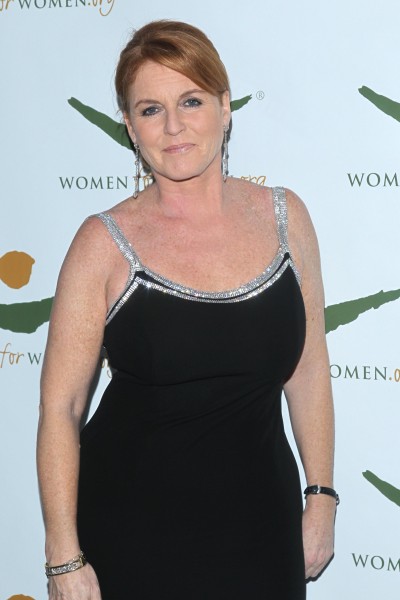 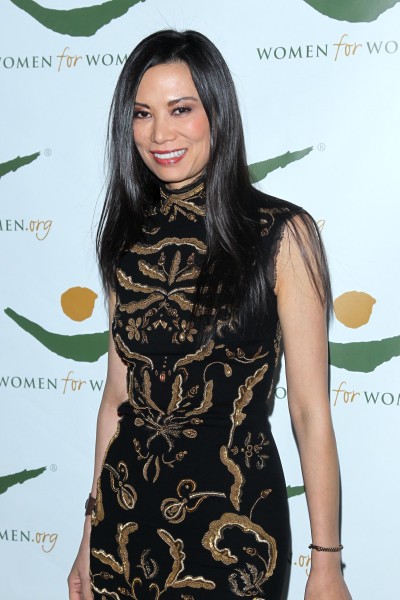 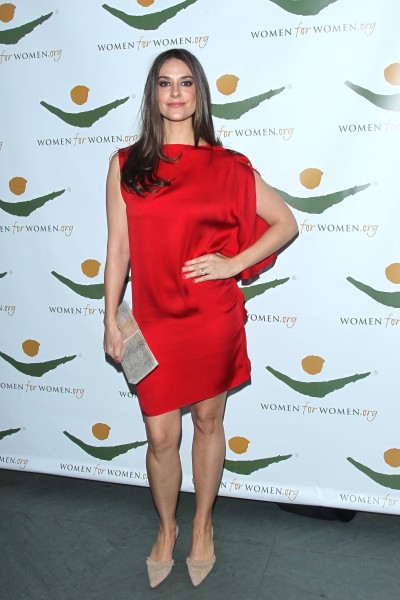 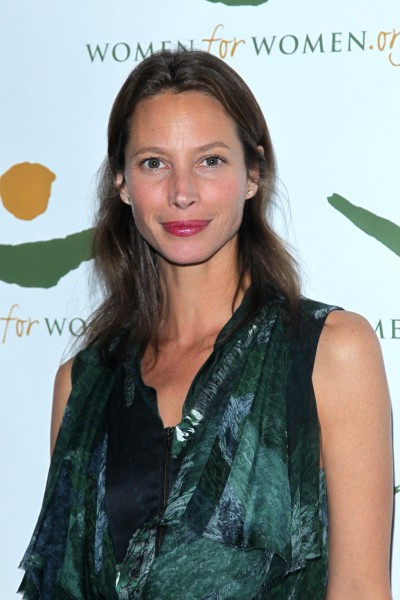 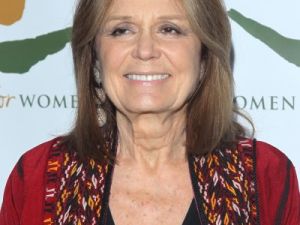 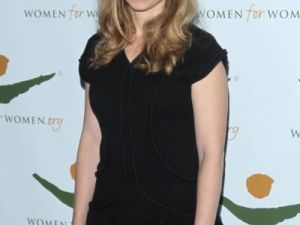 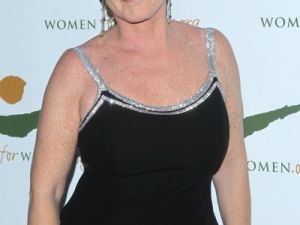 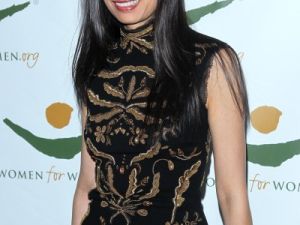 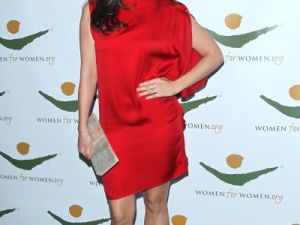 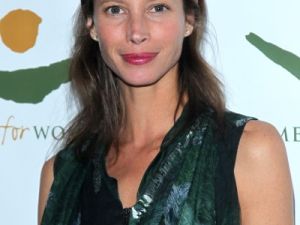 When we arrived at the Museum of Modern Art last week for the Women for Women International gala, a bewildering scene was unfolding. Initially thinking a pack of well-kept woodland creatures had invaded the museum, we blinked and realized it was simply a battery of uptown ladies draped in their best winter pelts. Hurrying inside to escape the cold, the brood shivered slightly as they checked their beloved furs.

After walking down the corridor adjacent to the coat check, guests seemed slightly lost. Some wandered determinedly into the dining room where event staff was rushing to set tables, while others roved the hallway looking for direction. They were ultimately guided to the escalator, which they boarded with extra care, meticulously ensuring the hems of their dresses were not ensnared in the treacherous mechanical teeth. After disembarking the ascending escalator, however, we saw several guests bound back down, defying gravity and good sense, after seeing their friends arrive on the level below.

As the promenade of society fixtures (and some hopefuls) processed upstairs, a red carpet distilled the gilded few from their peerage. Wendy Murdoch, Jennifer Buffett, Katie Couric, Tina Brown and Uma Thurman posed as an outfit of photographers frantically snapped away. The evening’s honoree, President Bill Clinton, was nowhere to be seen, as yet. Noticing Chelsea Clinton approach the escalator, The Observer asked if we could have a word. “I need to go find my dad,” she said, asking if she could talk later instead. We suggested the after-party. “I don’t know if I’ll make it to the after-party,” she said apologetically as she mounted the moving staircase, two aides in tow.

We spotted Ariana Rockefeller across the corridor in a lustrous red Lanvin frock. “It’s festive attire,” she enthused. Ms. Rockefeller, who was on the junior committee for the event, explained that she became involved in Women for Women after her mother had introduced her to the organization’s work. “I’m very involved in women’s issues,” she explained. We asked Ms. Rockefeller how best to motivate the next generation of philanthropists. “What I want to do with my friends is just spread the word that … giving back is the right thing to do when you’ve been given so much,” she said. Her husband, who had been waiting patiently off to the side as she posed for photographs, rejoined her as she headed upstairs for cocktails.

After a bevy of young women giggled through the hallway, Gloria Steinem stepped in alone, with almost regal direction. We asked her about Women for Women’s work promoting female entrepreneurship in the war-torn corners of the world. “It’s a really great way of creating an energy that continues without constantly being refed from the top,” she said of helping female war survivors start their own business ventures. Ms. Steinem was eager to discuss another cause close to her heart: Occupy Wall Street. “Because of Occupy Wall Street, this whole country is now aware that we have more income disparity than we have had in a hundred years,” she said with manifest enthusiasm. We asked Ms. Steinem if she has plans to join the protesters. “I’ve always joined them. All of us who are writers wrote things about it,” she added.

Duchess Sarah Ferguson soon appeared, looking slightly frazzled. Who was she wearing? “I have no idea,” she told us. We asked Duchess Sarah about promoting charitable giving. “I think that education is key, because without education you’re ignorant and that’s why wars start” she replied. “It’s always the women or the mother that keeps the community together. And that’s a nurturing world,” she added, emphasizing the importance of Women for Women International’s projects. Evidently feeling possessed by the spirit of allegory, Duchess Sarah steered the conversation in a decidedly figurative direction. “‘Well’ doesn’t just mean . ‘Wellness’ and ‘well’ means a place where everybody meets in order to communicate and make a difference,” she mused.

After cocktails, the guests made their way downstairs and found their seats at dinner. Katie Couric implored the audience to quiet down several times before she began her opening remarks. As soon as Mr. Clinton was introduced, the discordant noise of chairs scraping against gallery floor echoed throughout the room. Seats were cast aside, the audience stood and applauded vigorously for the former president. After a prolonged and emphatic ovation, seats were reclaimed and the noticeably trim president began his address. “I do the work I do because of the influences of women in my life,” Mr. Clinton said. While more than one audience member couldn’t help cracking a knowing smile, what followed was an eloquent and poignant speech. Weaving together personal stories about his mother, Hillary Clinton’s mother and a host of powerful female leaders he had met in his journeys, the address was heartfelt. “How the world, civilization has survived all this long time by denying women equal rights and equal opportunities is almost unbelievable,” he said.

After another standing ovation as he finished the speech, the president warmly embraced several friends and colleagues. The program was running late and another round of guests began appearing for the after-party just as the main course was served. An awkward bifurcation ensued, in which those who had been passed over for dinner invitations roamed the museum halls, and somewhat uncouthly stood over seated guests for the remainder of the program.

As the dinner came to a close, many guests made early exits. With penitent waves across the room to friends staying for the duration, clusters of revelers wiggled out of the dining room and wrapped themselves in their stoles once more.

While the after-party was already underway upstairs, singer-songwriter (and younger sister of Wyclef) Melky Jean took the stage. A handful of diehards (many of whom were involved with the organization, it seemed) stayed in the dining room to listen to her soulful tunes. We followed a line of guests toward the coat check, Ms. Jean’s voice still reverberating in the background.