Former Highlands Mayor Anna Little wants to run for the U.S. Senate in 2012.

“Leaning,” spokesman Larry Cirignano told PolitickerNJ.com this morning when asked how committed Little was to a statewide candidacy.

Beaten in 2010 by U.S. Rep. Frank Pallone, (D-6), Little said at her Election Night party that she wanted a rematch, a desire she confirmed in several subsequent encounters with PolitickerNJ.com.

But more recently, Little has told supporters she wants to beat U.S. Sen. Bob Menendez, (D-NJ), next year as part of a nationwide effort to make Barack Obama a one-term president.

If she were to unseat Menendez, Little would buck a four-decade trend in New Jersey.  Democrats in the state have won ten consecutive senate races, going back to 1972, when Republican Clifford Case won his U.S. Senate bid.

Case went on to lose in a 1978 primary challenge from former Reagan speech writer Jeff Bell.  Bell lost that race to Democrat Bill Bradley. Bell ran again in 1982, but lost a primary to Republican Millicent Fenwick, who was beaten by current U.S. Sen. Frank Lautenberg in the general election. 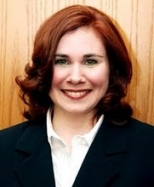