Apparently, Hydrofracking makes Hulk mad. Mark Ruffalo, who’s set to play the famous green superhero strongman in the “Avengers” movie due out next May, was among the celebrities and politicians who turned out to show their opposition to the controversial natural gas drilling technique today. Mr. Ruffalo appeared along with Manhattan Borough President Scott Stringer, actress Debra Winger, State Senator Daniel Squadron and others at an anti-fracking press conference ahead of the Department of Environmental Conservation’s hearing to review regulations for hydrofracking, which is popular shorthand for hydraulic fracturing. END_OF_DOCUMENT_TOKEN_TO_BE_REPLACED 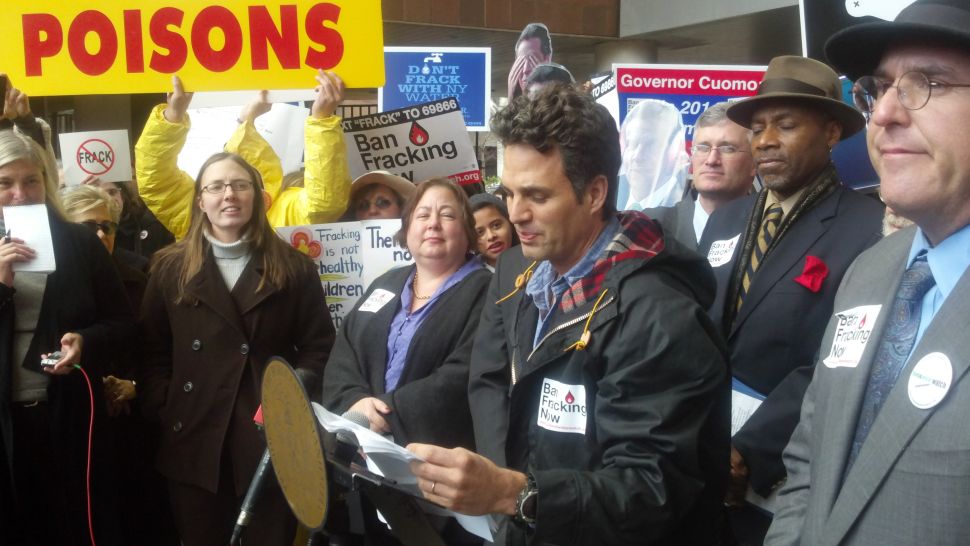