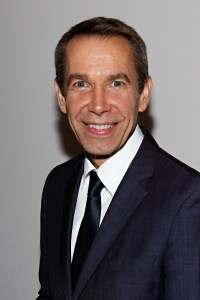 Jeff Koons finds a home among baroque sculpture in Frankfurt. [The Art Newspaper]

What makes the PAD a success? Excellent selection and a “clubby” vibe. [CapitalNY]

A Brooklyn-based artist named James Gulliver Hancock is attempting to draw every building in the five boroughs of New York City. The Department of Buildings believes there are around 900,000. Mr. Hancock has drawn 1,000 of them. [International Business Times]

Community leaders in the Bronx are asking young artists at Morris Park schools to submit possible murals for a dilapidated Amtrak overpass that is covered with graffiti. A professional muralist will work with the winning artist to realize the design. [New York Daily News]

Wired ponders the price of that Gursky photo. [Wired]

If you missed it yesterday, you should really read this nasty column by Andrea Peyser about the Brooklyn Museum’s inclusion of “former prostitute” David Wojnarowicz’s “A Fire in My Belly” in its “Hide/Seek” exhibition. It begins with “the war on Christianity is getting uglier” and, well, gets uglier from there. [NYP]