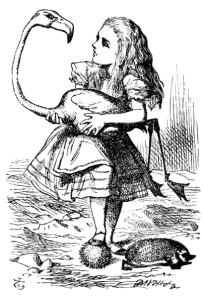 The Journal visited a panel discussion that featured Eric Fischl, Liu Xiaodong, Xu Bing and others, hosted by Asia Society director Melissa Chiu. They discussed AI Weiwei and Mr. Fischl told “told the story of discovering many of his more-erotic paintings in the home of a man who had been going through a mid-life crisis, divorced, and now considered himself something of a playboy. ‘I always thought that my work had a question mark in front. In the context of his house, I saw that there was no question mark,’ he said.” [WSJ]

A panel on Nazi looting urges Berlin to return painting to the heir of a Jewish textile entrepreneur who died in Auschwitz. [Bloomberg]

Chess and the Cloisters get a moment in the spotlight. [NYT]

Roberta Smith on “Hide/Seek” at the Brooklyn Museum: “This show is a historic event.” [NYT]

Here’s a great shot of Peter Brant and Urs Fischer with the artist’s new sculpture, in Greenwich. [Artnet]

Time Out Chicago digs up an interview it conducted with Merce Cunningham in 2007, and publishes it in full. “Do you still dance?” the interviewer asks. “Not really,” Mr. Cunningham replied. “But I’d love to be able to get up and do a jig. [TOC]