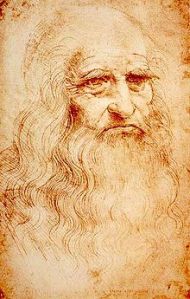 The National Gallery’s Leonardo da Vinci exhibition is so popular that scalpers are reported to be flipping tickets—normally priced at £16 (about $25)—for more than $250. Now the museum says it will cancel resold tickets, though the it “declined to say how it would identify scalped tickets, according to the BBC.” [ArtsBeat]

Jonathan Jones—the hardest-working art critic in the business—takes a look at the Leonardo show and offers up a brief audio slide show analyzing some of the artist’s works. [Guardian]

The Arts and Culture working group within Occupy Wall Street, which we wrote about earlier this month, is looking for a permanent space for exhibitions and studios. Hyperallergic‘s Hrag Vartanian has offered to lend a hand. [The Art Newspaper]

Christie’s has high hopes for the Chinese luxury market in its forthcoming Hong Kong sales. The auctions, which include a 1945 bottle of Bordeaux, are expected to fetch $334 million. [Bloomberg]

British Pop artist Gerald Laing, perhaps best known of late for his depictions of the singer Amy Winehouse, died at the age of 75. Mr. Laing also portrayed Brigitte Bardot and Anna Karina in iconic works, and refurbished Kinkell Castle, which dates back to the 16th century. [BBC]

The European Commission announced plans to spend $2.4 billion on cultural projects between 2014 and 2020, making it “the world’s largest-ever cultural funding program.” [Artforum]

As London dealer Richard Green—who dropped out of school at 15 to work for his art-dealing father—expands his London gallery, Colin Gleadell profiles his career. Mr. Gleadell reports, “Between 2000 and 2008, his turnover ranged from between £60 million and £90 million each year—second only to Sotheby’s among the UK-based arts and antiques businesses registered at Companies House—and was always in profit.” [Telegraph]

The Journal looks at the increased presence of South American collectors, dealers and artists at Art Basel Miami Beach. Also, this: “Mr. Nazareth… will fill a 1970s-era Volkswagen with bananas and use the fruits in a performance… The car, plus bananas, will be offered for an unspecified price. [The Wall Street Journal]