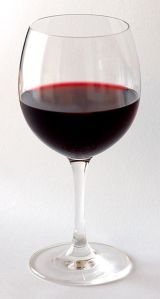 Canadian artists seem to be on the rise at auction. [The Art Newspaper]

Georgina Adam delves into the conflict between dealer Yvon Lambert the government of Avignon, France, which was apparently settled earlier this month, when he agreed to donate his multimillion dollar art collection to the city. [Financial Times]

Ted Loos profiles Ellsworth Kelly in advance of the artist’s wooden sculpture show at the Museum of Fine Arts, Boston. “The wood grain has taken hundreds of years to make,” Mr. Kelly tells the writer. “So the interest comes in the fast, modern cut of the shape set off against that.” [NYT]

In case you missed it: Ronald Lauder made the front page of The Times yesterday in a story that examines the extensive tax breaks he receives, with a keen eye on his art world philanthropy. [NYT]

The last word on Performa. [NYT]

Art lovers in the U.K. line up for hours to buy postcards by the likes of Yoko Ono and Tracey Emin at the Royal College of Art’s “Secret postcard sale.” [The Independent]

In case you missed it: The Wall Street Journal profiled Richard Prince’s book collection over the weekend. [WSJ]