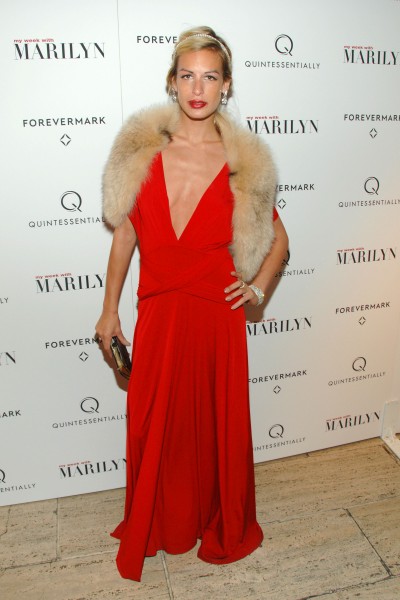 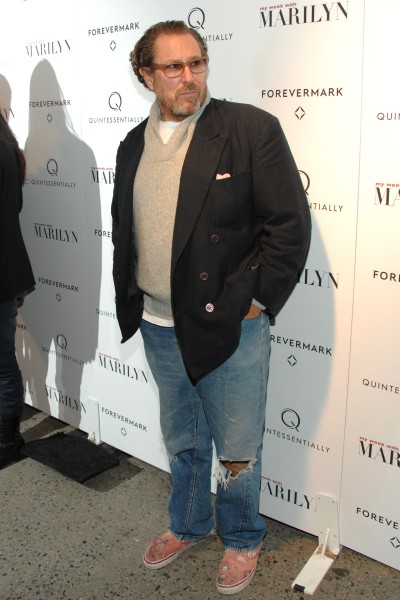 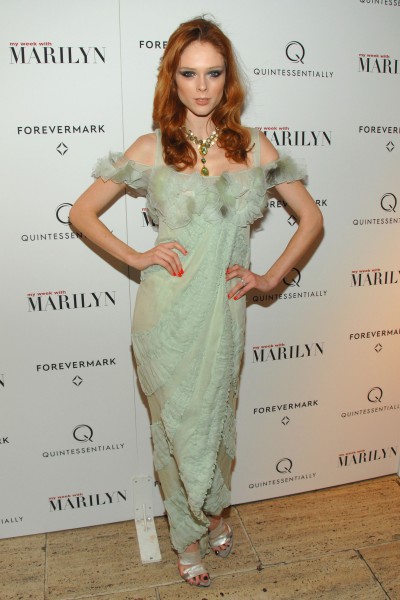 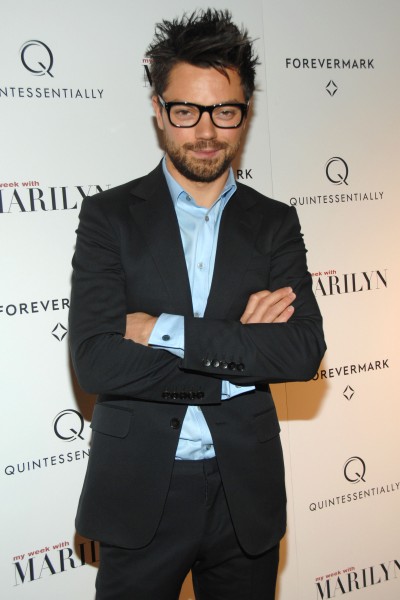 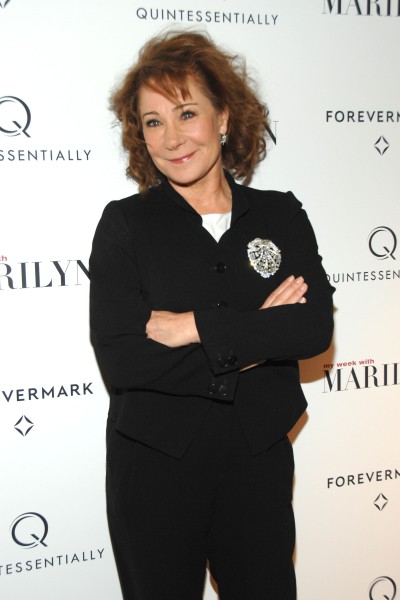 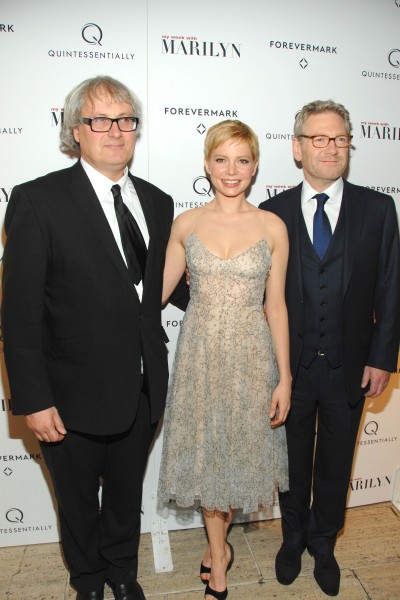 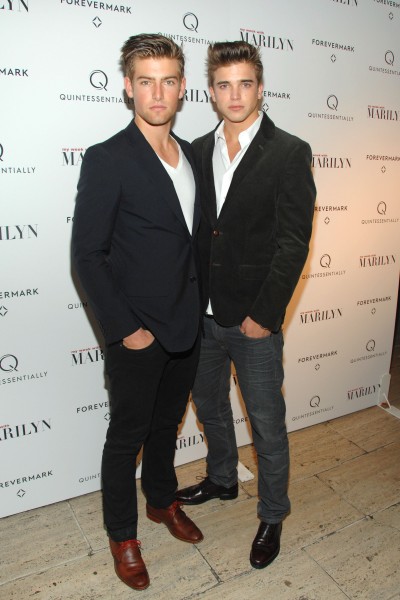 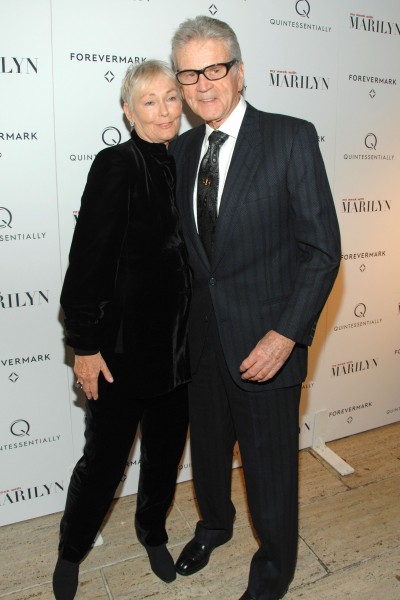 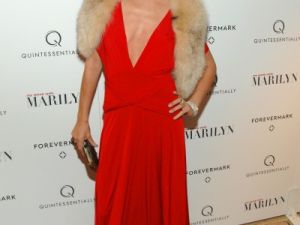 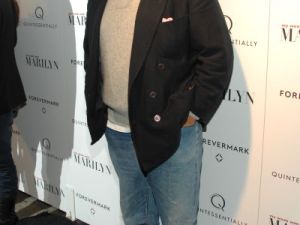 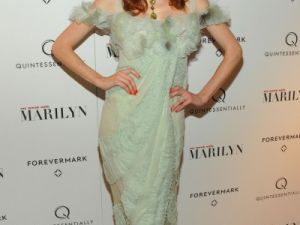 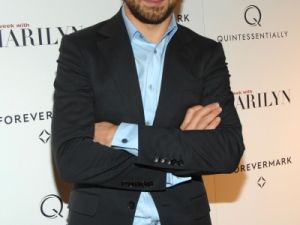 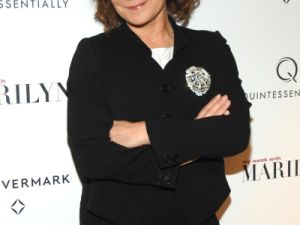 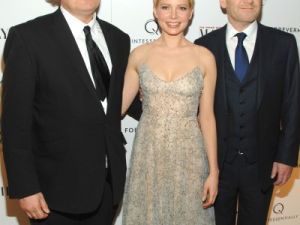 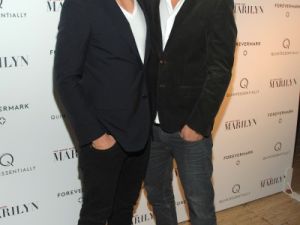 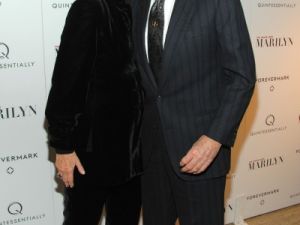 Photographers ran amok outside the Paris Theatre last night, for the premiere of new movie, My Week With Marilyn. The theatrical cohabitation of Marilyn Monroe and Michele Williams, provided a breeding ground for some of the best looking people in town—under strict guidance from party-throwers, Forevermark and Quintessentially, that they watch the film, of course.

The Observer was thankful then, to Harvey Weinstein, who provided the briefest of interludes, from the barrage of silk clad socialites. He stood in front of the crowd, lower lip poised to regale us with his best-loved anecdote, about the time Dame Judi Dench showed him a temporary tattoo on her “bum-cheek”, which declared, “Judi Loves Harvey”.

Despite hearing this several times over the two years since it happened, we were willing, with all the might we could muster, for it to last longer than the tattoo itself (which presumably met its soapy demise almost immediately following its first and only introduction to the world), because we knew that at the end of this, yet more good-looking people were to be introduced. We were right. Enter Dominic Cooper and his gregarious beard. For the feature, we were sat next to one of the requisite young beauties, this one named Alexa Winner.


It appeared, that all that was needed was a light stroll to La Petite Maison, where the after party was to be held, to give us a new lease on life. But this was short-lived because the conveniently chosen bar, had mirrors aplenty, ensuring our eyes and our eyes only, remained firmly on the floor.

It was much to our delight then, that in our peripheries, we spied the always-recognizable, golden-brown feet of actress, Zoe Wanamaker. (Surely they deserve a feature of their own?) What would Ms. Wanamaker do if she were to spend a week with Marilyn?

“I’d have a sleepover. I’d get us both some pajamas and have a week-long sleepover.”

First time movie director, Simon Curtis, spoke of his motivations to make the film; the conception of which came shortly after his reading of the diaries on which the narrative is based. We approached him as he was being critiqued by Marilyn Monroe’s last surviving co-star, Don Murray and his wife Betty. Fortunately, they described it as “the most accurate portrayal of Marilyn it could have been,” —as soon as they left Mr. Curtis explained with a giddy grin that Don’s “opinion means the most out of everyone’s.”

Soon afterwards, in a cold, dark corner of the not so petite bar, acting impresario, Kenneth Brannagh, also offered some insights into the reaction he wanted from the movie. “I played a difficult part,” he began, before becoming distracted by some well-wishers. Presently, he continued:

“I felt a duty to the people who knew [Sir Laurence Olivier, whom he plays in the film] but there is a blurry line between impersonating and acting…It’s nice to have something to grab on to I think.”

The party drained out in shameless proportion to the remaining complementary wine, which for The Observer was a welcome turn of events. In retrospect, we decided the entire evening was much like ripping off the most delicate of bandaids, from the most delicate of limbs: quick and mildly painful.

Filed Under: slideshow, Marilyn Monroe, premiere, My Week With Marilyn