But now Dirty Boy Video is expanding their repertoire back on their home turf. Remember Brendan Watts, the protester who lost his virginity in Zuccotti before having his head bashed in and pants pulled off by the NYPD during OWS’ Day of Action?

We at Dirty Boy Video believe in free expression, challenging the status quo, and standing up to injustice.  It is in this spirit that we present an open letter to Brandon Watts, the blood soaked protester arrested on the Day of Action:

We are vocal supporters of Occupy Wall Street and the statement it makes.  Your energy, commitment and drive have directly contributed to the success of the Occupation movement. As I watched the police drag you away in handcuffs, your face covered in blood, I could only think, “Wow, he’s hot!” Later, I learned you were among the first to pitch a tent in Zuccotti Park, making the movement a literal occupation. The NY Daily News reports you even lost your virginity in that park. Congratulations! Dirty Boy Video has long encouraged young men like yourself to pitch tents in parks. I offer you the opportunity to perform on our website, an opportunity to express yourself and your politics freely and without censor.  Working together we can create a sexy, fun platform that inspires you, be that with other actors, actresses or both. Whether you choose to work with us or not, I salute your dedication and your courage. 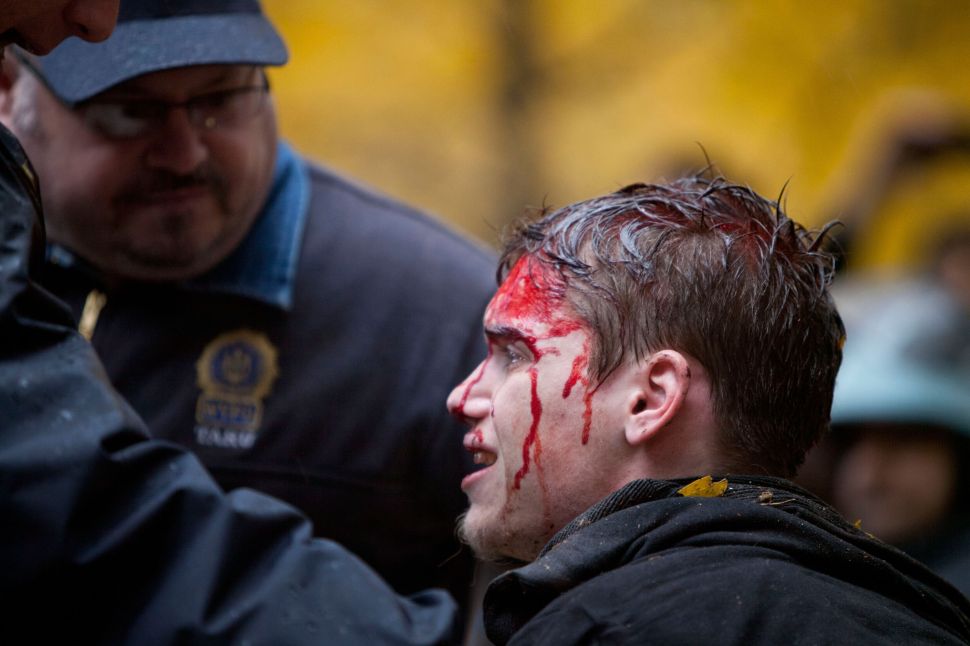