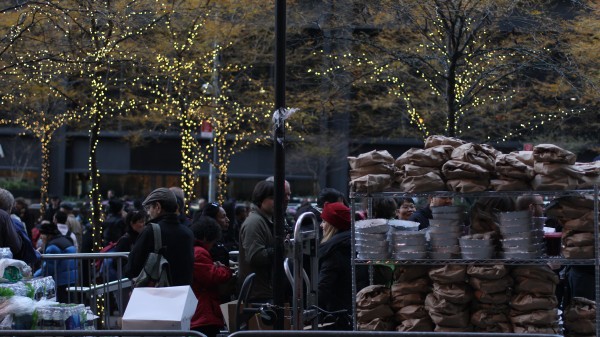 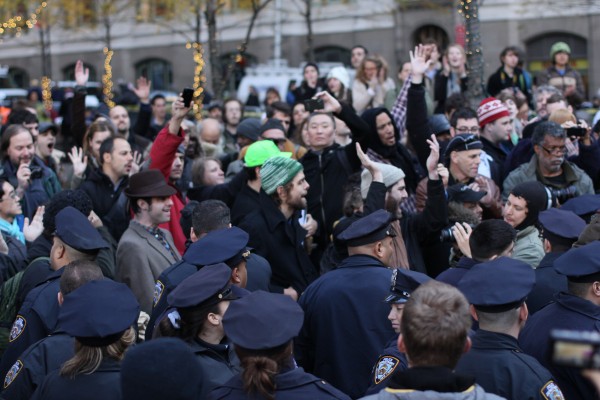 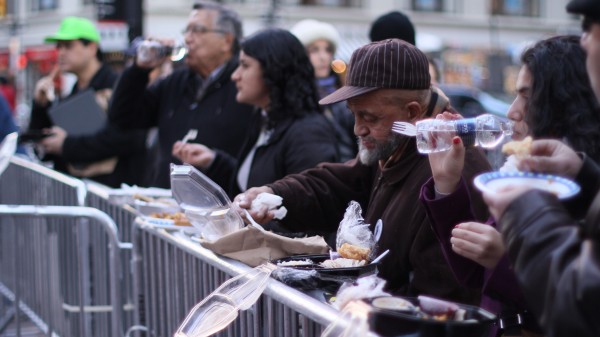 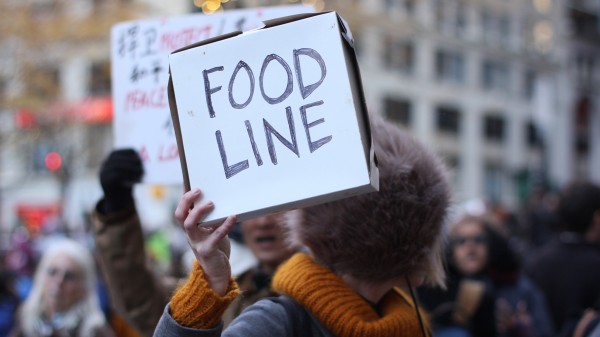 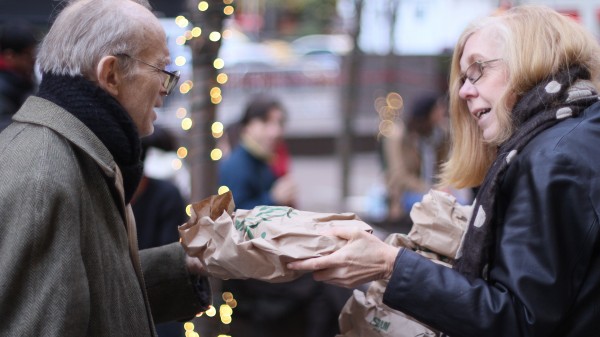 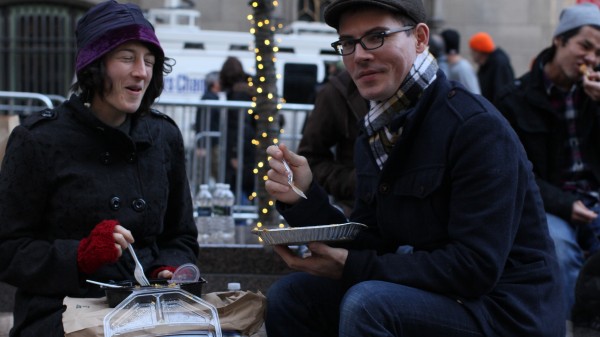 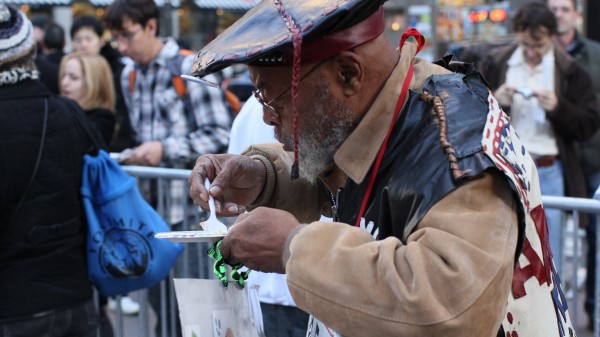 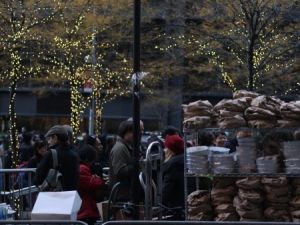 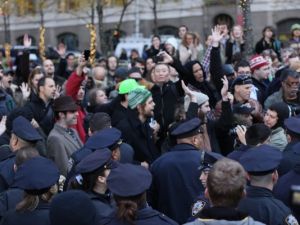 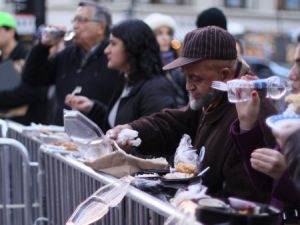 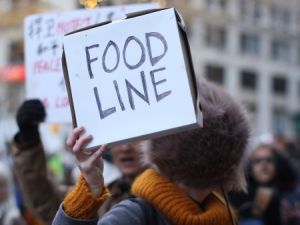 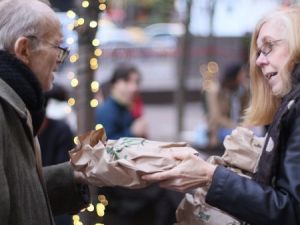 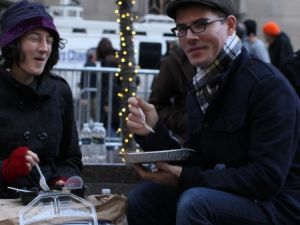 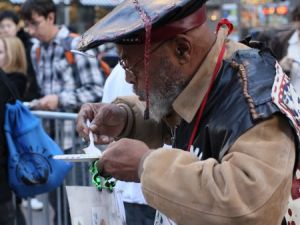 Protestors at Zuccoti Park, were giving thanks for the hordes of turkey dinners donated by supporters. Celebrations began at around 2pm on Thursday afternoon, as pre-plated meals were delivered to the park. From then on, the meals kept coming. The amount of people present also grew steadily through the afternoon, as word of the meals spread through the financial district and beyond.

Due to the ban on large packages—following the removal of protestors’ tents—the food line formed outside the park. This did not discourage visitors from devouring their turkey and mashed potato, then chasing it down with a choice of apple or pumpkin pie and a bottle of water. This was all thanks to donators, including restaurants, chefs and individuals from various areas of the city, who hoped to support the cause. Other occupy movements also joined the crowds, traveling from the locales such as Boston and Detroit.

Occupy’s Thanksgiving was accompanied by musicians playing acoustic guitars and drums, (as they had not obtained  a license to play music through speakers). A mere 45 minutes after the dinners were handed out, and protestors put their placards to one side, officers from the New York Police Department entered the park. This sparked, what could only be described as, ‘a singing protest’ while the officers attempted to remove a set of drums.

There had reportedly been complaints from residents in the surrounding apartment blocks about the level of noise. A fact many of the protestors refused to believe. One man called to the group of officers.”My friend lives in that apartment block. Do you want me to call him and ask if that’s true, which I know it’s not?”

The swelling crowd then surrounded the officers, singing, clapping their hands and chanting in their direction. After 15 minutes of negotiations, it was agreed that they would not play drums for this one day, but were free to resume bongo-ing tomorrow.

A feeling of celebration and triumph, it seemed to The Observer, was present throughout the park, as many of the supporters admitted they had not expected to keep going this long. “I’m just glad to celebrate here. They’re going to have to start listening to us soon,” said a lady, with a mouth full of turkey, only pausing to acknowledge another protestor with a banner stating “Happy Banksgiving Day”.

The crowd of a few hundred people did not seem to be dwindling as the afternoon wore on, but with the restriction on lying down in the park is still in place, we wondered what the next move was. As anyone knows, a nap is the perfect final course of a Thanksgiving repast, even al fresco. We thought about advising they seek a more comfortable place to see the evening in, but instead headed back uptown.