Even with the best intentions, any community is bound to have some trouble. And though oftentimes that trouble for those cohabiting on Occupy Wall Street seems to becoming from outside forces — the police, the banks, the mayor — occasionally it comes from within.

Tonye Iketubosin, 26 years old and from Crown Heights, has been linked to at least two incidents of sexual assault in the recently sprung-up tent city in Zuccotti Park…one case of which involves a minor.
According to The Wall Street Journal, Mr. Iketubosin was arrested Tuesday and was being held by police in relation to two reports, one of which was made by an 18-year-old victim whom Mr. Iketubosin let sleep in his tent while he went to work OWS’ kitchens. She later awoke to him taking off her pants and raping her. The second victim, a 17-year-old, said that the alleged perpetrator helped her set up her tent on Oct. 24., and then climbed in and waited for her to return. She was able to push him off of her after he groped her.

The incidents of alleged sexual assault have been growing ever since the tents have been allowed to be put up. We were told on Friday by members of OWS’s security team that at least three cases have been brought to the NYPD already.

So does this mean it’s time to tear down the tents? If so, how will Occupy Wall Street make it through the winter? 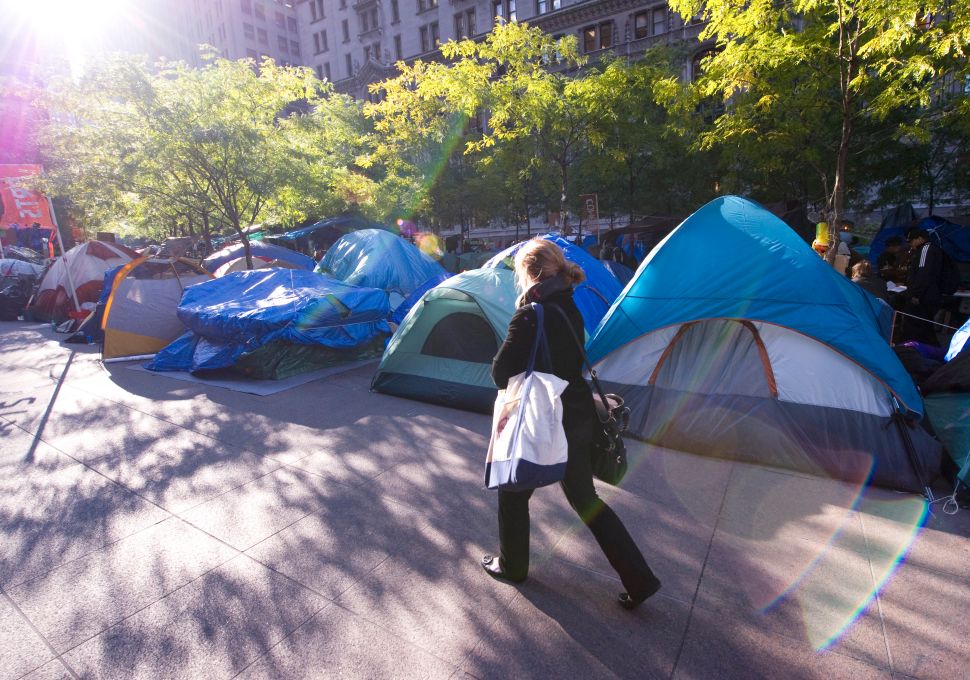