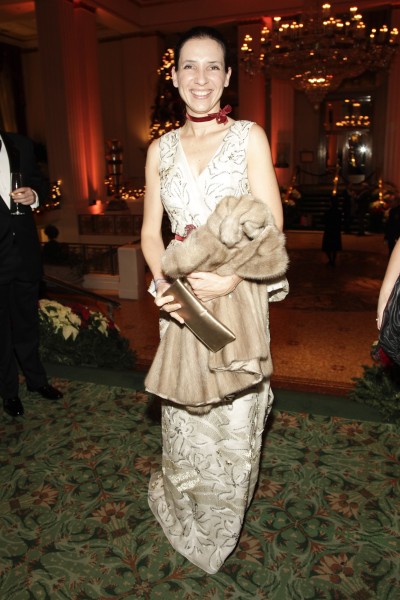 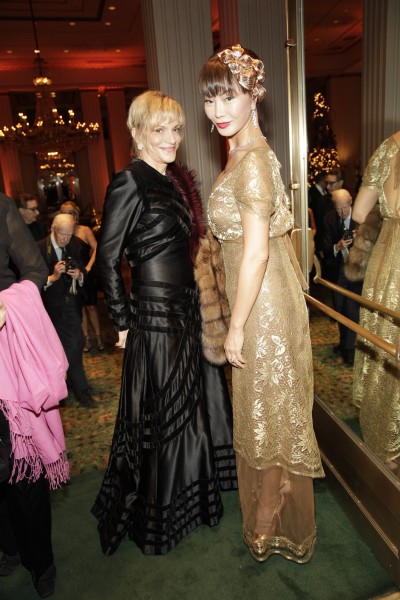 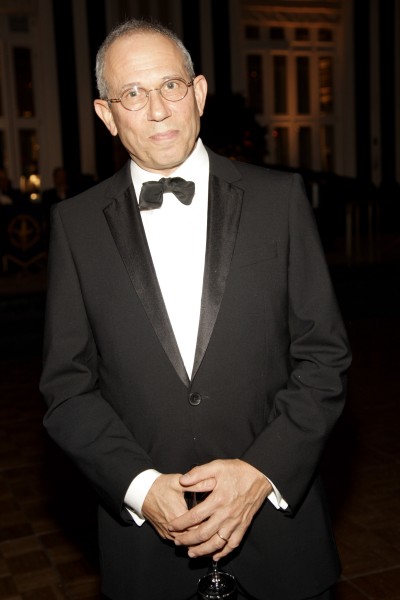 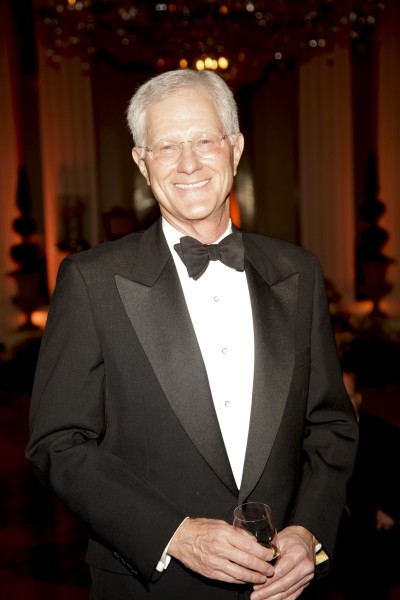 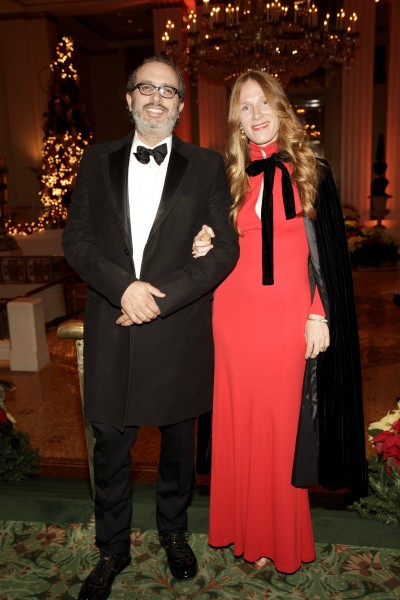 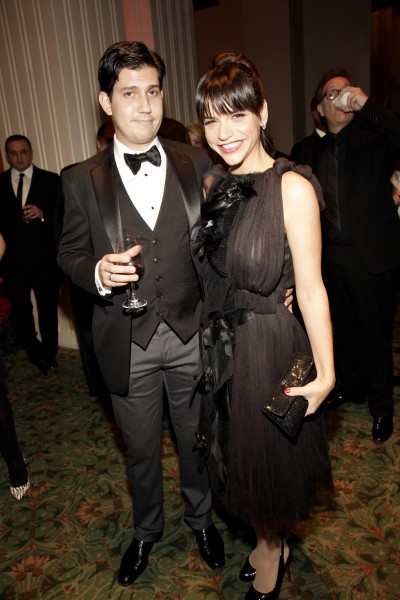 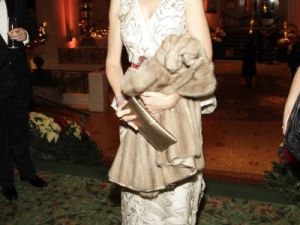 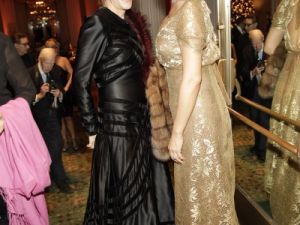 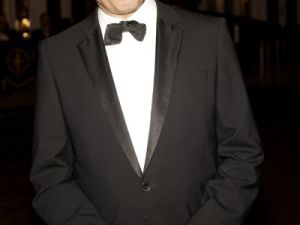 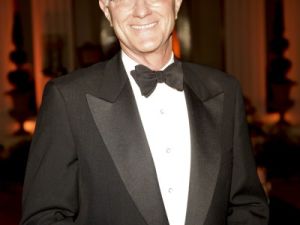 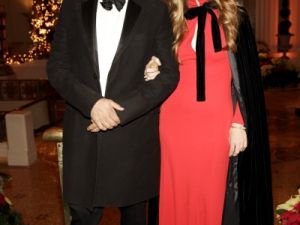 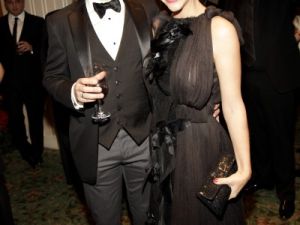 When a venerable arts institution teeters, particularly one as important as the opera, the reverberations are felt throughout the city’s culture community—from the discounted student ticket buyers, to the debonair patrons perennially found in private boxes surveying the masses below. While the New York City Opera has seen its share of strife over the past few years, the atmosphere was cautiously optimistic this Monday evening at the annual fall gala. A steadfast troupe of operaphilic benefactors, along with the requisite crowd of bon vivants, assembled at the Waldorf-Astoria to celebrate the company’s progress over the past year, and to officially welcome Charles Wall, the new chairman of the board.

Venturing across the hotel’s lobby toward storied Vanderbilt room, The Observer could hear the merrymaking before we could see it. A band played jiving, jazzy classics, the melodies of which were punctuated regularly with the popping of Champagne bottles and the clinking of crystal flutes in congratulatory salutes throughout the room. The opera had made it through the rough patch, and the largely unspoken sentiment was one of relief, masked by dignified quietude—and, of course, abounding aperitifs. Diana Picasso, Joan Granlund, Laurent Levasseur, Claude Arpels, Jorn Weisbrodt and Mary Sharp Cronson, among others, toasted the occasion.

“I think art is essential,” Winsome Brown mused after we asked her about the fate of City Opera. “And while economies rise and fall, human need for art stays constant, and so I have utter confidence that City Opera will survive,” she said with blithe assurance.

The Observer spoke with Mr. Wall, who said he would categorize the past several months as chairman of the City Opera’s board “challenging.” Working to balance the budget has been no easy task. “We’ve had a lot to do, we’ve had a lot of challenges and we’ve had some significant developments that have been very positive. A lot remains to be done,” he told us.

In an appropriately distingue manner, HRH Alexandra of Greece entered the lobby and made her way up the stairs for cocktails. Wearing a Caroline Herrera gown with a scarlet choker tied around her neck, the Princess looked effortlessly regal. The Observer caught her just as she was breezing into the soirée. She praised the City Opera, commending the organization for its expansive influence. “They reach a very broad kind of audience. I think they’re good for people who know opera and who have loved it for years, and for new people,” she said.

Her face dimmed only slightly when we asked about the troubles in her family’s native country, Greece. “Oh, Greece,” she sighed, with eyebrows raised in empathetic concern. “Greece is of course going through a very difficult time. I pray for it. I wish it well. It’s an extremely difficult time.” Like the opera’s enduring place in New York’s cultural landscape, she believes that the arts will survive in Greece as well, despite the economic turmoil. “Greek people, they have the arts in their heart. You can’t have life without art. It would be unlivable, I think.”

Inside the Vanderbilt room, diamonds twinkled in the prisms of chandeliers above. Guests chatted about the state of arts in New York until the band finished and the lights were hastily switched on and off, disabusing us of our nostalgic notion that the crystal fixtures above were in fact lit with candles. In true theatrical form, the cortege trekked across the lobby and into the nearby Empire Room with effort worthy of a Saharan excursion.

Sitting down, we chatted with a seatmate, a self-described “plus one” actor who was accompanying his boyfriend, a former Project Runway contestant. We turned and switched sides, hoping to engage the guest to our left, who turned out to be Jesse Newhouse, scion to the Advance Publications empire and grandson of Si Newhouse. Regrettably, we introduced ourselves just as Mr. Newhouse took a bite of the caramelized goat cheese and Parmesan tuile.

Over the subsequent two courses, Mr. Newhouse impressed us with his marked lack of pretense. Like his father, seated at the adjacent table, Mr. Newhouse has a deep love of opera, cultivated by his family at an early age. He explained that his father required him to memorize arias in his tender youth, and occasionally perform them in their family home. “I hit most of the notes,” he said. “But it wasn’t in the cards for me. And I’m cool with that.” His wife, Stephanie, smiled from across the table.

After welcome remarks, the audience listened to several operatic performances in between a meal of seared bass and fingerling potatoes confit. The intimate space felt more like a drawing room of a Parisian salon as the guests listened to the vocalists with rapt attention. The singers’ lips quivered as they achieved delicate vibratos, their chests heaving as they filled with air.

Immediately after dinner, guests stood and returned to the Vanderbilt room again, with histrionic travail amplified by recently consumed meal. We approached Mark Newhouse, father of our seatmate, Jesse, who was reticent and wary of our presence. “We’re very happy. It’s great to see so many people, particularly so many young people,” he said, looking around the room. We mentioned that his son had told us of his youthful operatic exploits. “Be careful what you do with your children. They start repeating it to reporters. Really, remember that,” he said before disappearing into the crowd. We don’t bite, Mr. Newhouse!

His wife, Lorry Newhouse, was more forthcoming about the City Opera and the challenges it faces. “They’ve got an upward battle ahead,” she said, adjusting the scarlet stole covering the shoulders of her vintage Chanel gown. But, like other guests, Ms. Newhouse was confident that the City Opera would weather the storm. “It’s a great creative institution,” she said.

Back in the Vanderbilt room, guests were waltzing and swinging with impressive pluck. Others, less daring, sipped whiskey and indulged in the bounteous dessert buffet. As we were retiring for the evening, we once more noticed Ms. Brown, who shared with us her views on the transcendence of art. “I don’t think that tastes really change,” she said exuberantly. “When something rocks it rocks in the 17th century and the 23rd century.” She explained that although she would have liked to offer us some of her drink, it had already been consumed. She showed us the empty glass. With that, we left the Vanderbilt room and jumped into an awaiting cab.