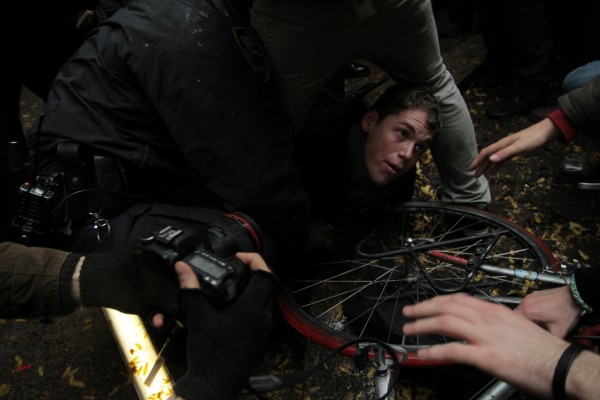 after "high ranking officer drives baton into subject from height," according to Mr. Christopher. 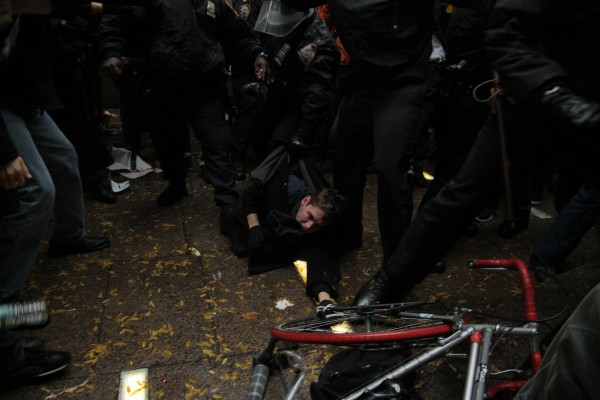 after being dragged off wall by officers. 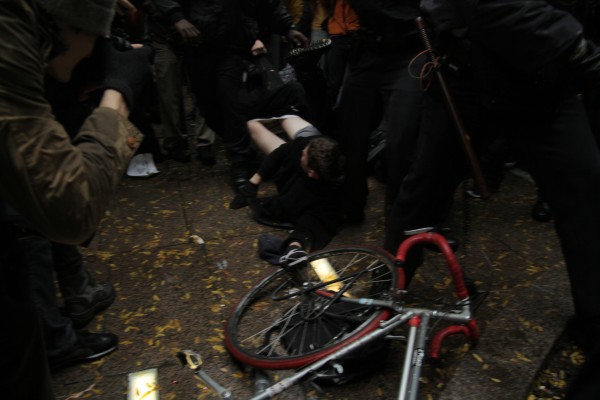 and subsequently loses his pants. 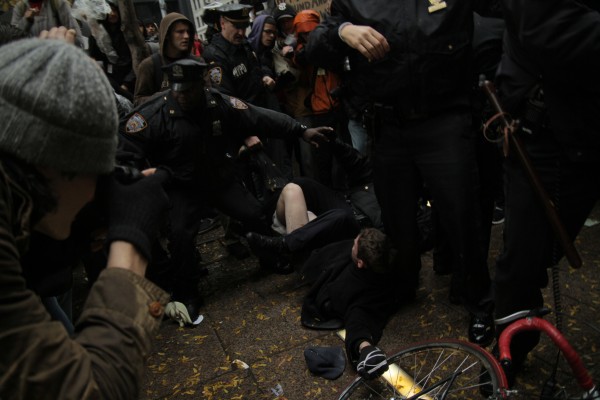 trips over Mr. Watts legs and is sent sprawling.
Advertisement 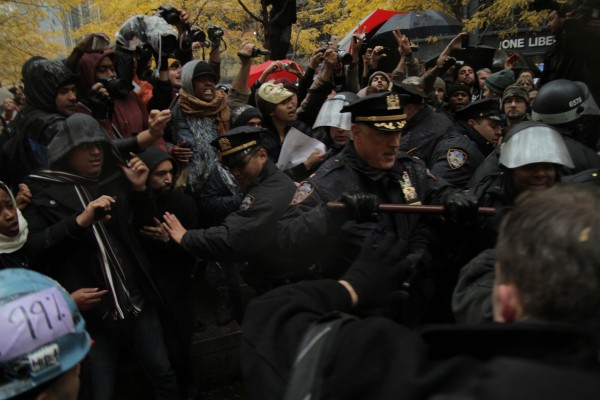 while the police push protesters back with batons. 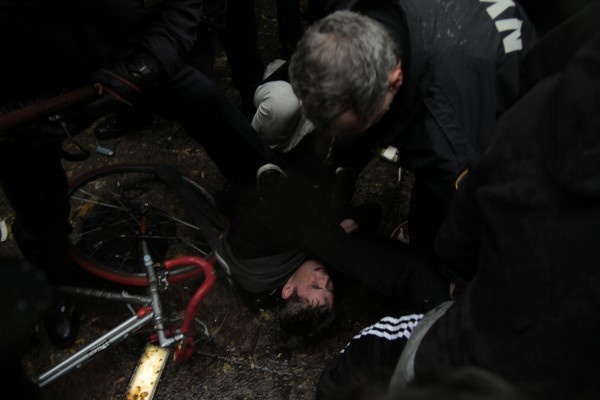 reveals Mr. Watts, (who has pulled his long johns partway up, but not his pants) seemingly uninjured as the police surround him. 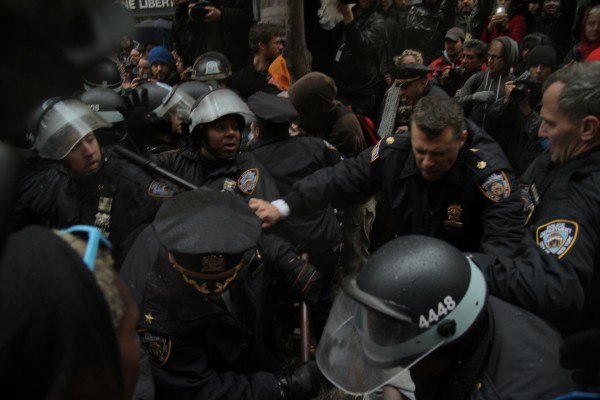 attempt to subdue Mr. Watts with batons. The next time we see him, he is bleeding copiously from his head. He is believed to be suffering from a fractured skull. 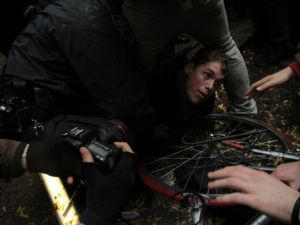 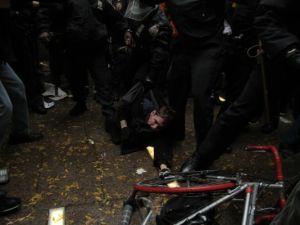 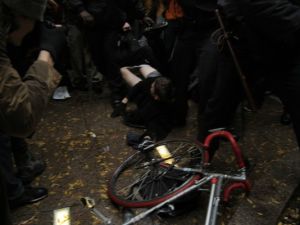 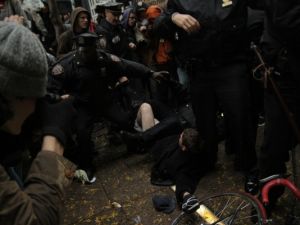 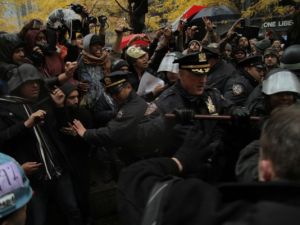 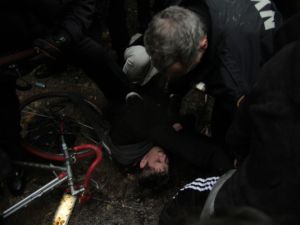 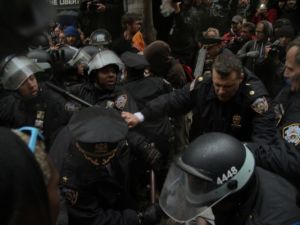 One of the more gruesome images of yesterday came from a fight that broke out when OWS protester Brandon Watts allegedly threw batteries down at the NYPD from the walls of Zuccotti Park yesterday afternoon before snatching an officer’s hat and getting pulled down. Twitter and YouTube blew up with images of Mr. Watts, blood dripping from his skull, as he was lead away by the police. One of the images made the cover of today’s New York Daily News. Mr. Watts has been charged with assault and grand larceny, and was treated for his injuries in Bellvue Hospital.

But in the bedlam of yesterday’s Occupy Wall Street protests and over 300 arrests, it was hard to say what really happened to Mr. Watts; only that he “busted his head open during a bout with cops,” as the Daily News reported. But the images of videographer/photographer Kyle Christopher, who was standing nearby with his camera, tell a more in-depth, if no more conclusive, story of the ordeal.

(All photos via Kyle Christopher).