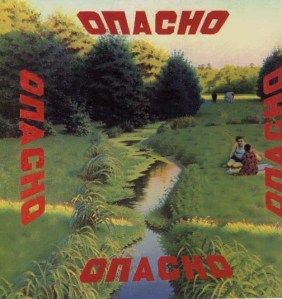 Norton T. Dodge, an economics professor who spent millions of dollars acquiring works of nonconformist art from the Soviet Union, from the 1950s through the 1980s, died Nov. 5, at the age of 84.

A one-man “Ostalgia” exhibition, Mr. Dodge acquired about 20,000 works during his lifetime, according to The New York Times, and donated much of his collection to the Jane Voorhees Zimmerli Art Museum at Rutgers University in New Brunswick, N.J.

Building this formidable collection required Mr. Dodge to navigate the closely guarded underground art networks of Soviet Russia, beginning in the 1950s, visiting artists who faced jail time or worse for deviating from the Stalin-approved state style of Soviet Realism.

On the financial front, Mr. Dodge was able to acquire so many works thanks to his father making a rather “wise investment with a young Warren Buffett,” as The Washington Post puts it. His story just keeps getting better.

We highly recommend you read John McPhee’s enormous 1994 New Yorker article “The Ransom of Russian Art,” which the writer later expanded into a book. You will need a subscription to access the piece, but a preview of the book version is available thanks to Google Books.

Prepare for an epic read, and a look into an art world with few familiar names–although Alex Melamid and Ilya Kabakov make memorable appearances. It is a tale laced with danger and intrigue and eccentricity. Here is a sampling of what we learned from the article: