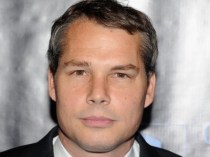 From the good people at ANIMAL NY, we have this fun tidbit.A Shepard Fairey mural in Miami featuring the artist’s signature “OBEY” logo of Andre the Giant was apparently defaced recently with a giant “1%.”

The guy did help elect a (centrist) Democratic president! Though he also owns a clothing label. Tough call!