Sources tell PolitickerNJ.com that during the aftermath of redistricting earlier this year, party leaders agreed the seat would go to Hunterdon County in the eventuality of a vacancy.

Three names are circulating on that front as potential contenders for the seat in a special election next year.

There may be more, and sources don’t rule out the prospect of Gov. Chris Christie personally getting involved to back his own choice.

Mennen doesn’t technically live in the newly configured 16th District but would be willing to move into it in order to serve, a source told PolitickerNJ.com.

Once a Somerset County sure-shot, the new 16th now incorporates Middlesex, Mercer and Hunterdon counties, with that portion of the last of these making up the second biggest piece of the district.

A well-connected source told PolitickerNJ.com that Middlesex does not intend to compete for the seat.

There is more speculation that Mr. Biondi’s running mate, Assemblyman-elect Jack Ciattarelli, could get a head-start on his own term of service by filling the remainder of Mr. Biondi’s term.

On the Democratic side, sources tell PolitickerNJ.com that either Hunterdon County’s Marie Corfield or Middlesex County’s Joe Camarota could run again next year. One source said Corfield is the more likely contender, as Camarota is up for re-election to the local governing body in South Brunswick next year. 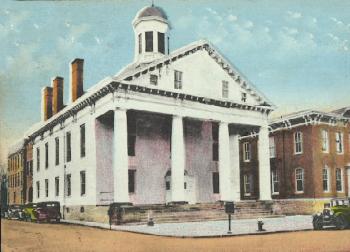