As part of a continuing effort to keep residents’ lungs pink and healthy (as well as make as much money as possible from those who choose to inhale), the city of New York has filed a lawsuit against a Chinatown establishment that sells tobacco and rolling papers and encourages customers to roll their own packs in the store. The average price for a self-created cigarette pack? Four to six dollars.

(That last part might ring truer if New Yorkers were still allowed to smoke in public spaces.) But by focusing on these “roll your own cigarette” joints–which actually fall into a legal gray area–the city has overlooked the actually illegal underground cigarette trade in New York.
Ask any chain-smoker who lives outside the city, and they’ll be able to point you to various bodegas in Brooklyn and the outer boroughs* where you can still buy a pack of Marlboros or Parliaments for $8 a pack. Just go to the counter and ask for the “Parliament Special,” and if you don’t look like a police officer or a narc, you will be hastily shoved a pack of cigarettes that fall way under the median price of the $12-14 city counterparts.

A clue as to why these cigarettes are so cheap has to do with the lack of a little colored stamp on the bottom of the cellophane surround your pack. These tax stamps, different in each state, alert customers that their smokes have been properly taxed. But when you buy a “Parliament Special” for $8, you won’t be seeing any stamps. Despite law enforcement worrying about counterfeit stamps being a problem in New York, many of these outlets just forgo the process entirely. (And sometimes get caught in the act.) After all, their customers aren’t likely to tell on them, for fear of losing their almost-reasonably priced packs.

As for where these cigarettes are coming from, the leading theory is that they are shipped in from out of the country, where cartons aren’t regulated by the same taxes.

We decided to bite the bullet today and visit our local stamp-less vendor. While waiting for our cheap pack (which always has to be brought from a back room), we called out, “So…where do you get Parliament Specials from?”

Our friendly bodega man returned quickly from the storage room, without answering. “Sorry, we’re all out of Specials today,” he told us.

“Do you know when you’ll be getting anymore?”

“No, sorry, we don’t sell those anymore. Just regular Parliaments, $12.”

Well, that’s what we get for trying to be journalists.

*Don’t look at us to snitch! 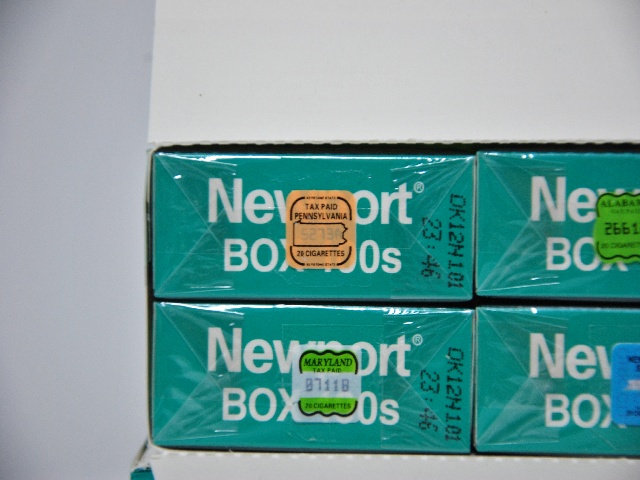