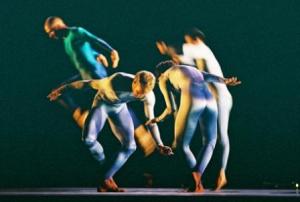 “Merce Cunningham Day” is happening in Chicago. Mayor Rahm Emanuel has declared that Nov. 18 will be dedicated to the choreographer, who died in 2009. He and his company, which is now in its last weeks, after decades of innovation in dance, were based out of New York for 70 years.

Mayor Emanuel, however, was trained as a dancer and has an appreciation for these kinds of things. Sorry, but we can’t really imagine Michael Bloomberg dedicating a day to the world-famous choreographer. But who knows?

The company is currently its final jaunt, the two-year “Legacy Tour” across 40 cities. The final performance will be in New York on New Year’s Eve. The final group of people to train under Cunningham will perform at the Park Avenue Armory. Tickets cost just $10, but they are sold out.

So, Mayor Bloomberg, you have between now and the end of the year to give New York a Merce Cunningham Day of its own.