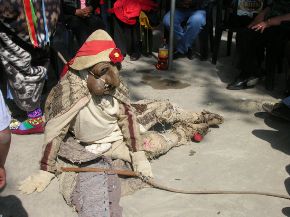 UNESCO has released its 2011 intangible cultural heritage list of cultural traditions that are in need of protection. It’s a real doozy.

Included on the list is French style horseback riding, Mexican mariachi music, the Mediterranean diet, Chinese shadow puppetry, human towers, the Kirkpinar oil wrestling festival, Huaconada ritual dance of Mito, Tsiattista poetic duelling and falconry. (Obviously, the writers of this list have never been to the offices of the New York Observer.)

Anyway, have a look at the full list here. We think you could probably become quite a hit at cocktail parties if you were to master “Traditional skills of building and sailing Iranian Lenj boats in the Persian Gulf.”