Following Tuesday’s early morning raid on Zuccotti Park, the mayor’s office tweeted out a picture of a bunch of books being kept in a storage facility in midtown. Was the People’s Library saved?

As their WordPress blog was updated this morning, a lot more went into the library than those several books that were tweeted. By “recklessly” throwing objects into the dumpsters, the NYPD has almost destroyed the once-vibrant book scene in Zuccotti. Here’s what is still missing:

So Mayor Bloomberg: where is the People’s Library?

Okay, so the “we’ll know that we’ve recovered all our books when we see them!” is kind of a vague statement, but still! Destroying books is bad! Bad Mayor Bloomberg, bad! 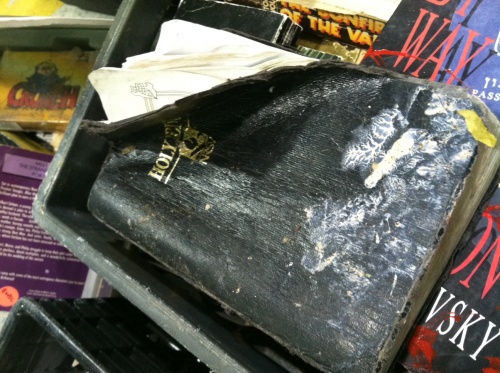