While Stephen Spielberg is busy promoting his adaptation of the Tony-Award winning War Horse (you know, the one with the life-size horse marionette…which unfortunately will be played by an actual horse in the movie), the Broadway show has gained a new–and terribly attractive–lead actor.
Andrew Durand might already be recognizable to those familiar with sexy stage stars: he replaced Skylar Astin as Georg in Spring Awakening in 2008, and more recently in off-Broadway musicals like The Burnt Part Boys and Yank!. He’ll be taking over the role of Albert Narracott–the English farm boy who follows his horse into battle (usually the other way around) from Seth Numrich, who helped War Horse clean up the Tonys with 6 awards.

So these are mighty big shoes to fill. Is Mr. Durand up to the challenge of playing opposite a fake horse? Judge for yourself:

Here is the young Mr. Durand singing “Boys of Summer” from Spring Awakening:


And this is what he’ll be jumping into the saddle of when he joins Warhorse on January 12th:


Will Andrew Durand make a great Albertt Narcott? It all depends…how good is he at faking a British accent? Oh that’s right: he was amazing in the West End London production of The Umbrellas of Cherbourg. He’ll be fine. 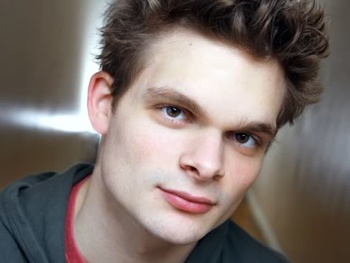