It may be self-serving to promote one of our own, but it is her birthday today and we made a glaring omission earlier this week when we neglected to mention Ms. Rebovich on the occasion of our achieving 10 million page views. An undergrad at Rider University, Ms. Rebovich each day composes our morning Wake Up Call, invariably our most popular feature. Over the last year and a half, since she undertook the key daily task for PolitickerNJ.com, Ms. Rebovich has reached for and found all the best day’s news for promotion on this site, and for that – and for her considerable good spirits – we continue to be obliged. Happy Birthday, Missy, and many, many happy returns!

He lost a legislative seat and invariably heard buzz at the league that he’s weaker now than he was pre-election. But the public still likes the head-strong governor. A Quinnipiac University poll released this week gives Christie a solid job approval rating of 56-38%.

He’s still on his feet, which in the face of all those past failures is a victory for the embattled mayor of Trenton. The effort to recall Mack failed this week, as activists trying to collect the required 9,680 signatures to force a recall election fell about 1,400 short. “Clearly, the residents of Trenton have demonstrated their enormous dissatisfaction with this administration, and despite the many forms of harassment and intimidation displayed by Mack supporters, the people set aside their fears and put the City first,” said David Ponton, chairman of The Committee to Recall Mayor Tony F. Mack. But it wasn’t enough to dislodge Tony.

The chairman of the Somerset County Republican Party on Monday delivered a fine eulogy on the occasion of the death of his close friend, Assemblyman Peter J. Biondi (R-16), one that captured the essence of the late assemblyman. Gaburo remembered both the toughness and the humor of an irreplaceable New Jersey presence.

With state Sen. Loretta Weinberg’s imminent departure from her chairmanship of the health committtee to become Senate majority leader, the 19th District state senator will return to chair the health committee whose reins he lost in the 2009 Senate leadership fight. Healthcare reform is Vitale’s public policy passion.

Harrah’s and the Borgata

Sources embedded in the festivities of the League of Municipalities this week said these two Atlantic City hotspots received the most foot traffic, and the most bar stool occupancy.

The League of Municipalities

The league ran a smooth conference and by all accounts had good turnout, according to those who could afford to wash the week away in suds and self-congratulatory small talk.

The aide to the Senate Health Committee earns a promotion as outgoing chairwoman and incoming Senate Majority Leader Loretta Weinberg taps the widely respected staffer to be her right-hand man in the Statehouse in the new legislative session.

His friends and family on Monday buried Assemblyman Peter J. Biondi (R-16), Hillsborough, who died last week of cancer, age 69. Mr. Biondi was a larger-than-life political figure in Somerset whose political skills favorably impressed many who knew him, especially in the beautiful Central Jersey county dominated by Mr. Biondi’s GOP. On a personal note, we at PolitickerNJ.com will miss the assemblyman. He was a man in the best tradition of New Jersey, who appreciated life here in all its facets. He was a great storyteller, with a keen intellect and wonderful sense of humor. One of our last conversations was in an Irish tavern in Somerville, where Mr. Biondi – a proud Italian – was the center of attention and knew everyone, and almost missed the parade because he was regaling so many interested listeners at the bar. Throwing down one last beer as the bagpipes filled the street, he looked out the window and saw that his fellow Republican politicians had departed. He ran in a sprint to catch up them, and a little later, PolitickerNJ.com saw Mr. Biondi at the front of the pack, smiling, waving, and in his element.

The former secretary treasurer of a New Jersey transportation workers’ union from Jersey City admitted this week to stealing tens of thousands of dollars from the union’s accounts for his personal use, according to U.S. Attorney Paul Fishman.

The Sayreville maintenance director at Maher Terminals in Union County this week admitted to soliciting and accepting bribes to award contracts for demolition and construction projects at a container ship terminal facility, according to Fishman.

The former secretary treasurer of a New Jersey ironworkers’ union this week admitted embezzling more than $560,000 from the union. The Bayonne resident pleaded guilty before U.S. District Judge Anne E. Thompson in Trenton federal court to an information charging him with one count of embezzlement. 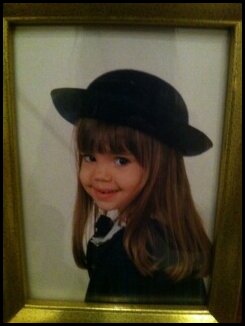