If you hadn’t had the pleasure of checking out Wodka Vodka’s billboard alluding to the stereotype of Jewish dogs being really cheap, you’ve missed your chance. The ad has been torn down and put in a “crumpled heap near the road.”

But don’t worry…Wodka has so many more mascots to offend you!

Trying to get in touch with Wodka’s PR, we went to the product’s website, where we were directed to email “New Dehli Neil” (an Indian man dressed as a snake charmer): And Sumo Cho (who is apparently in charge of sales): Or their “Black Russian” campaign, which thankfully has not run over NYC yet: 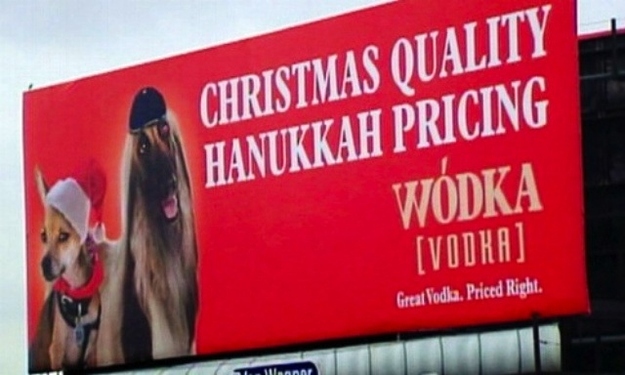