Keep it classy, Zuccotti Park! As private security and the NYPD continue to keep the area from being re-occupied, Howard Stern contributor and provocateur Joey Boots tried to get some answers from the men in charge. Instead, he was met by a slew of homophobia and anger: both from the police and Fox News. (Videos courtesy of Joseph Fionda.)

A Fox News cameraman also calls Mr. Boots a bastard, and alleges that the videographer is assaulting him: 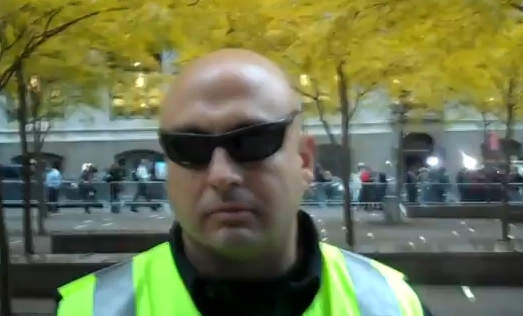