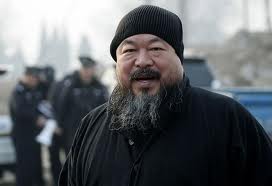 Ai Weiwei has been tweeting all day about the death of Kim Jong-il. The first message was about Wukan, a small village in southeast China that has broken into revolt after Chinese authorities sold land to real estate developers without adequately compensating the villagers:

“Do Wukan people know Kim Jong Il is no more?”

We also get this bit of wisdom:

He also makes reference to Vaclav Havel, the outlaw playwright who became president of Czechoslovakia.

Incidentally, this is also your last chance to catch Ai Weiwei’s “Circle of Animals” show at Paul Kasmin’s new gallery space in the former Bungalow 8 nightclub in Chelsea. The show closes Dec. 23 and is worth checking out. Watch a preview here.