Alexia Tsotsis was a well-liked and popular tech blogger before she was at TechCrunch, back when she was at SF Weekly. She became even more well-liked and popular when Michael Arrington corralled her into going to TechCrunch, which was shortly before AOL bought the site out and promised Michael Arrington the full editorial autonomy to be as combative and belligerent with his new ownership as he had been with anyone with the past. Not long after, AOL chief content capo Arianna Huffington pushed Michael Arrington out to show him just how much autonomy the irascible feeding-hand-biting blogging mogul had. Because TechCrunch’s chief Kool-Aid mixer, Mr. Arrington, was out of the picture, some of the best TechCrunch writers on staff started quitting. Ms. Tsotsis has held out.

It is now safe to say she appears tired of holding out.

Last night in a blog post for TechCrunch—who recently lost their longtime CEO Heather Harde—Ms. Tsotsis noted the departures of some of AOL’s top brass as continued cause for concern for AOL’s investors, especially after AOL responded to one investor’s public letter bashing the company with a mild-mannered public statement. Ms. Tsotsis noted, in traditional TechCrunch fashion, just how worrisome the condition of the company signing her paychecks happens to be (emphasis ours):

Even TechCrunch needed, and still needs, founder Michael Arrington in order to thrive. Perhaps even more so we needed our former CEO Heather Harde. Under Heather we reportedly increased revenue by 50% the tumultuous first year we were under AOL, to $15 million – over 2x what the entire media business is worth according to financials. Tim [Armstrong, CEO of AOL], you should have done anything and everything to get Heather to stay.

I know at least two other people on our team who share my sentiment. […]

I’m beginning to feel stupid for still being here, especially after reading this tepid “Everything is totally okay” response from my bosses’ bosses tonight. Everything is not okay, and someone needs to make that clear to them.

Given the fact that Mr. Arrington was seen as biting the hand that fed him on the way out, we remain eager to see just how satisfied Ms. Tsotsis is with her employer come January, assuming it’s still the same one. For the record, her URL on the original post: 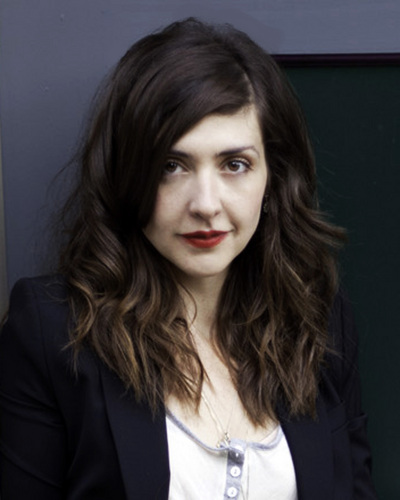