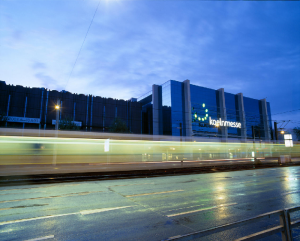 As we mentioned last summer, NADA–the art fair that began as a smaller satellite of Art Basel Miami Beach but has really become an institution of its own–would be pairing up with Art Cologne in 2012. Daniel Hug, the director of Art Cologne tasked with reviving the fair (which in recent years has shrunk slightly from its usual 250 participating galleries ), said NADA will bring “young, cutting-edge galleries” to Cologne.

The 2012 installment will host 200 galleries, and NADA will bring 30, taking up its own space in the fair’s home at the Koelnmesse exhibition center.

Historically, the fair is quite Euro-centric and this year is no exception. Below, have a look at NADA’s exhibitors. There are eight New York dealers, including veteran NADA participants like James Fuentes, Jack Hanley and Untitled. The rest come from outside of the States:

Given Art Cologne unique atmosphere (it is quieter and a great deal more laid back than Miami Basel), it will be interesting to see what these New York galleries–especially the smaller Lower East Side ones–do with it.