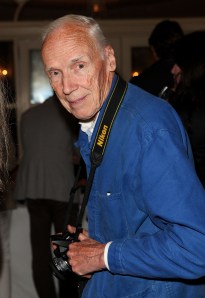 The notoriously humble Mr. Cunningham will be honored with a gala event at the Waldorf-Astoria chaired by Annette and Oscar de la Renta and Sarah Jessica Parker.

Mr. Cunningham was recently the subject of the documentary Bill Cunningham New York, which Hilton Als said showed Mr. Cunningham as “the elusive yet ever-present force” that he is, “never missing a thing when it comes to the way we live now.”