Jenny Slate‘s post-Saturday Night Live success with Marcel the Shell with Shoes On is an uplifting tale of picking yourself up after what some would consider a big defeat (being cut from SNL after one season), and creating something even more awesome. Something like a viral video about a shell with shoes and a lentil hat that currently has 14 million views and is now an Amazon best-selling book. Great job, Jenny Slate (and her fiancee, Dean Fleischer-Camp)!

When interviewed by Brian Williams for his new show, The Rock, the “I hate hipsters and Williamsburg and all their artisanal cheeses” journalist can’t help but melt in the face of Marcel. Yet you can still tell how important Mr. Williams places this story on his list by how many qualifiers he uses to describe the Marcel phenomenon: “He’s become the biggest small star of the comedy world on the web.” To distinguish him from the smallest big star of drama television, perhaps?


Visit msnbc.com for breaking news, world news, and news about the economy

Of course, that’s when Marcel needs to step up his A game and show Mr. Williams he’s no soft interview. “Has having one nose affected you in any way, Bri-an?” BOOM! 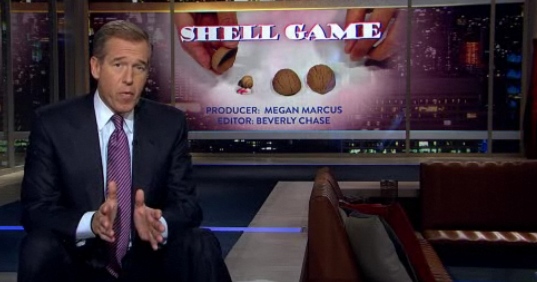