Earlier this afternoon, Callista Gingrich, wife of newly minted Republican frontrunner Newt Gingrich, pointed a camera at the window of her office in Washington, D.C. and snapped a picture of a group of Occupy Wall Street protesters gathered on the rainy street outside. Ms. Gingrich proceeded to post the picture on her Facebook page inspiring concerned comments from her mother.

Ms. Gingrich included no comment on the pictures beyond a bland caption that said, “Occupy protesters outside of our office building.” About an hour later, her mother, Bernita Krause Bisek, responded to the photo.

“A little scary isn’t it. Hope the police have them under control,” Ms. Bisek wrote.

Ms. Bisek also “liked” another comment on the photo written by a man named Robert Fimreite.

“Hang in there Callista. Not sure what they hope to accomplish by hanging around your office building. Newt can’t do anything… yet!” Mr. Fimreite wrote.

Mr. Gingrich hasn’t been shy about his distaste for the Occupy Wall Street movement. At the Thanksgiving Family Forum last month, Mr. Gingrich described the Occupy protesters as inconsiderate, entitled and downright unclean.

““All of the Occupy movements start with the premise that we all owe them everything. They take over a public park they didn’t pay for, to go nearby to use bathrooms they didn’t pay for, to beg for food from places they don’t want to pay for, to obstruct those who are going to work to pay the taxes to sustain the bathrooms and to sustain the park, so that they can self righteously explain that they are the paragons of virtue to which we owe everything,” Mr. Gingrich said. “Now, that is a pretty good symptom of how much the left has collapsed as a moral system in this country and why you need to reassert something as simple as saying to them, ‘Go get a job right after you take a bath.’” 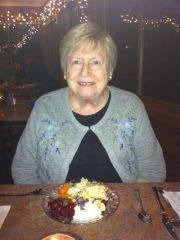