Really, there’s only one thing to say about the fact that while in Las Vegas, Tiger Blood recipient and 2011’s Person of the Year (according to the numerous end of the year listicles, on the Internet) Charlie Sheen decided to a) try to invite 17-year-old Justin Bieber to hang out, and b) do so over Twitter, where he accidentally sent a public message to the Biebs which included his phone number.

Being forced to change your phone number after being bombbared with calls and texts regarding your message to an underage teenage boy? (Which read — ahem–: “310-954-7277 Call me bro. C”) 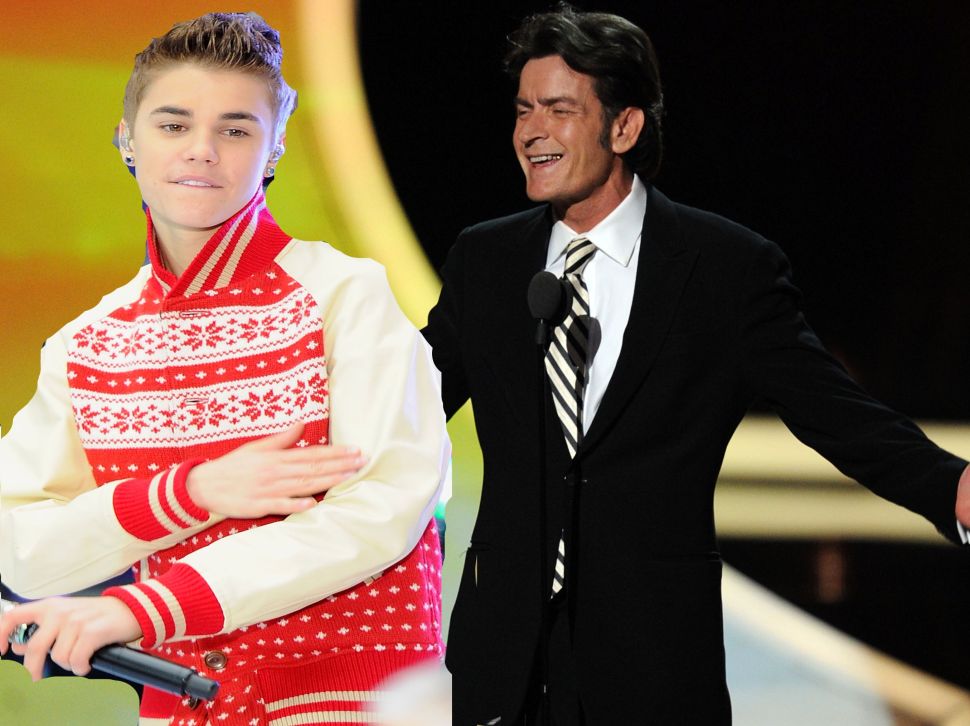