As it appears from the most recent trailer of Christopher Nolan‘s Dark Knight Rises, using Zuccotti Park during the Occupy Wall Street protests weren’t just an accident. They could possibly be the premise on which the entire film is built!

So Commissioner Gordon is going to get fired by the mayor because he a war hero, and this is peace time? And Anne Hathaway literally spouts off some OWS rhetoric during a masquerade ball:”Because when it’s all over, you and your friends are going to wonder how you ever lived so large, and leave so little for the rest of us.”

Well, at least Catwoman is part of the 99%, even if Bruce Wayne isn’t. 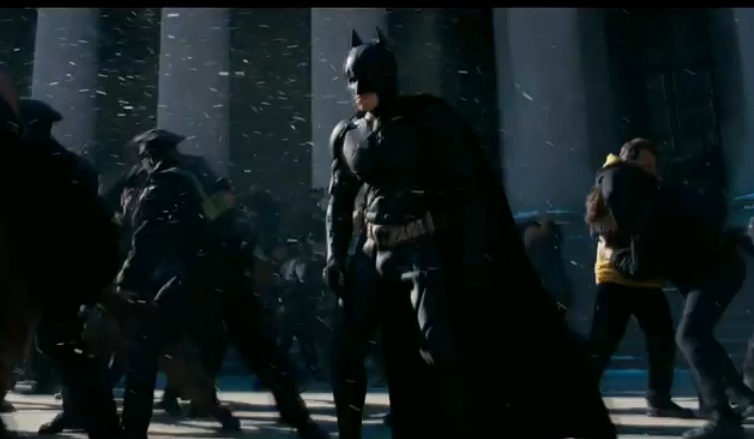