Meet Florian Idenburg and Jing Liu of Solid Objectives-Idenburg Liu, an architecture and design company based in Brooklyn. In the summer of 2010, they designed an interactive installation called Pole Dance at the courtyard of MoMA’s PS1 in Long Island City, Queens. The installation, which lasted the entire summer, helped showcase the SO-IL practice beyond pure architecture and, as Mr. Idenburg puts it, “explore the edges of the profession in a more artistic realm.”

For Pole Dance, 70 fiberglass poles attached to accelerometers were places throughout the courtyard at PS1 and attached using bungee cords and netting. Instead of being solidly rigid, the poles were somewhat flexible, and PS1 visitors were encouraged to play with the poles, netting, and bungees. A sound engineer created music that was triggered when the accelerometers attached to the poles detected movement. An application connected to the internet allowed people who were not on-site to listen in to the music triggered by the movement of the various poles, connecting the physical space to the virtual world, and vice versa. 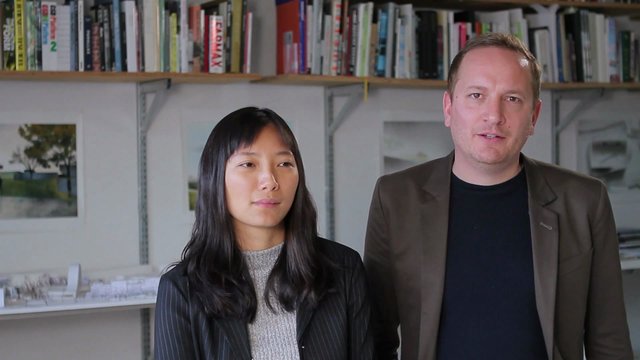