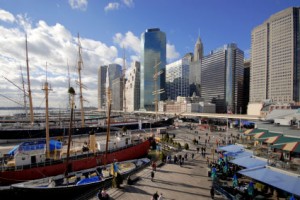 “‘We are very much hoping that the Museum of American Folk Art will do exhibitions in four galleries [at the Seaport Museum] starting in June,’ Jones said at a City Council hearing last Friday.”

The Folk Art museum moved out of its building on 53rd Street next to the Museum of Modern Art this July, after selling the building to MoMA. The Seaport Museum suffered similar economic difficulties, though in September, it was announced that it would receive a $2 million Manhattan Development Corp. grant for the post-9/11 recovery of nonprofits.