A prominent labor management attorney, state legislator and long-time Republican Party leader, Senator McDermott played an active role in public policy development through leadership posts in both the New Jersey General Assembly and Senate. He was involved in the passage of legislation permitting gambling in Atlantic City, and the development of the Meadowlands as a sporting destination, among other issues.

His public service to New Jersey first began in 1955, when he served as New Jersey delegate to the White House Conference on Education.  He was first elected in 1963 to the Assembly from Union County, serving on State Senator Nelson Stamler’s ticket, representing Union.

Senator McDermott quickly moved up the ranks, serving as assistant majority leader in 1965 and minority leader in 1966. In 1967, McDermott was elected to the New Jersey Senate, rising to majority leader the following year and then was elected Senate President in 1969, serving as acting governor in the absence of Governor Richard J. Hughes. Also in 1969, he was an unsuccessful candidate for the Republican nomination for Governor of New Jersey, losing the Republican primary to William Cahill, who was elected Governor.

He was Senate President pro tempore from 1970 to 1973. In 1975, he was again elected to the General Assembly, serving one term. In 1977, he considered running in the Republican primary for governor but ultimately became the campaign chairman for Governor Thomas Kean and was an active supporter of Governor Christie Todd Whitman.

His service to New Jersey went beyond elected office.  He served as Chairman of the New Jersey Turnpike and Highway Authority and as a Trustee for Kean University.

Senator McDermott was widely recognized as a legend in the legal community for his expertise in labor law. He is the co-founder of the prestigious law firm Apruzzese, McDermott, Mastro & Murphy.   He was a co-adjutant staff member at Rutgers University Institute of Management and Labor Relations.

McDermott’s son, Matt, is a well-known and respected figure in his own right in state political circles.

He currently serves as chief of staff to Lt. Gov. and Secretary of State Kim Guadagno, who brought him over from a stint at the Department of Labor. 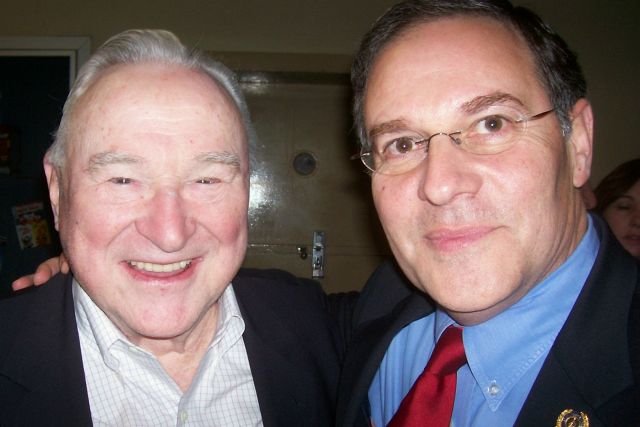