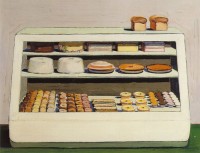 In the approximately 100 days since Gallerist launched, we have worked to provide up-to-the-moment news and rich features with a critical (and occasionally irreverent) tone, releasing the list of artists in the 2012 Whitney Biennial, breaking the news that Ryan Trecartin was leaving his Chelsea gallery and reporting on the ground from Art Basel Miami Beach; Los Angeles, during the opening of the Art Platform fair and the Getty’s Pacific Standard Time initiative; New York’s Performa 11 biennial; the occupation of SoHo’s Artists Space; and the past season’s auctions.

Thank you for reading along with us this year. We hope you will continue to visit: we have a lot of big things planned for 2012. As always, we invite you to join us on Twitter and Facebook, and ask that you please e-mail us questions, concerns and tips: be assured, no idea or hint is too small, no exhibition or performance too far out of the way.

In the list below, we count down the 25 posts that received the most views this year:

19. A One-Sentence Review of Lola Schnabel’s Paintings at the Hole
December 19, 2011 | By Michael H. Miller

17. Sisters Are Doing It for Themselves! Nuns to Get a High Fashion Makeover
November 28, 2011 | By Michael H. Miller

7. The Elephant in the Room: Maurizio Cattelan Is Retiring … Sort Of
November 1, 2011 | By Sarah Douglas