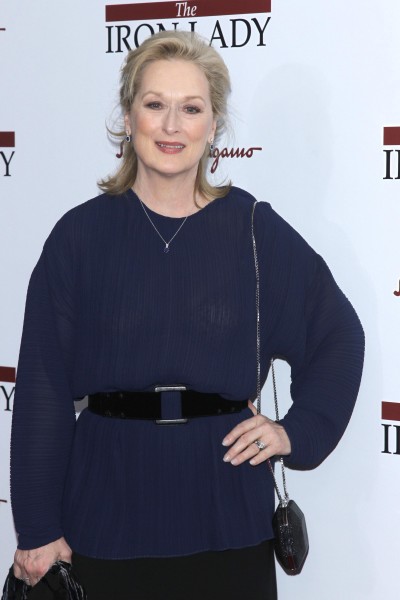 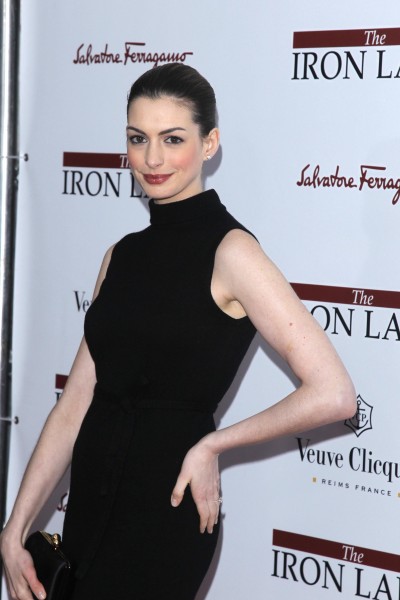 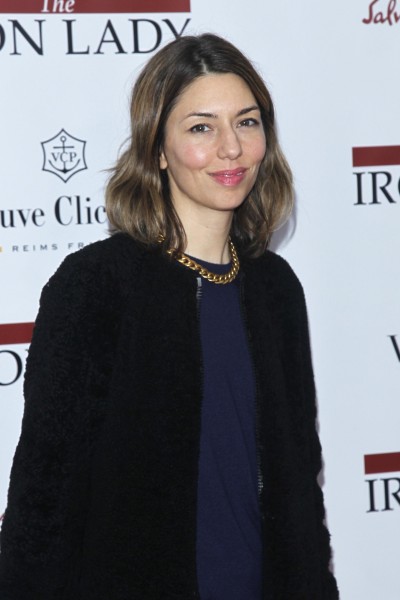 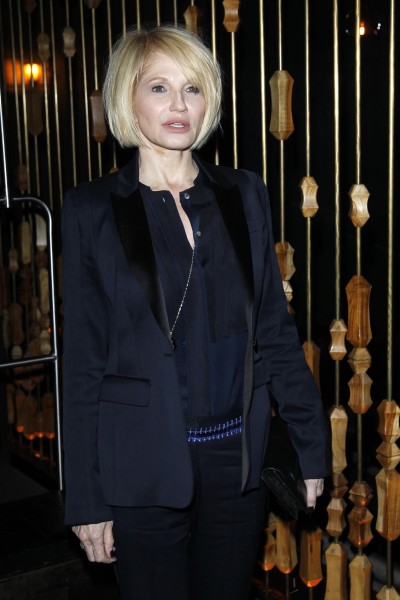 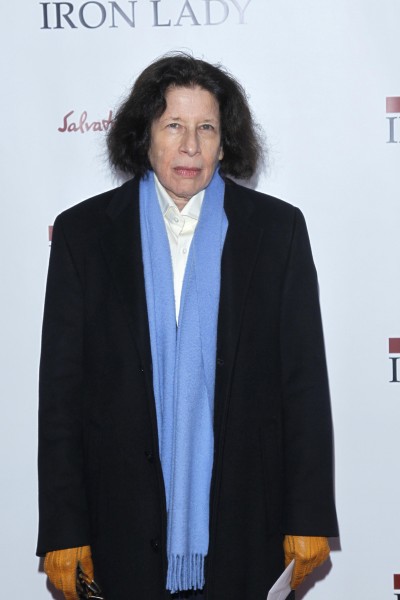 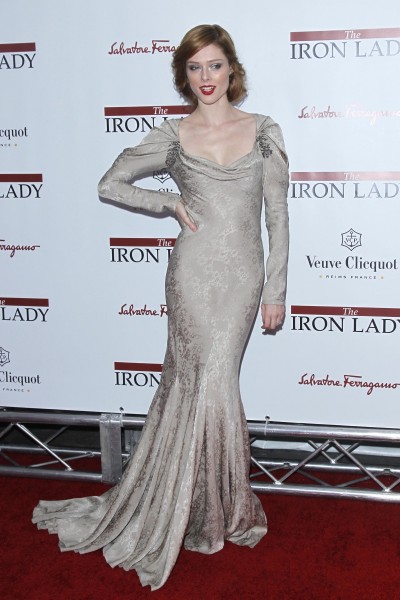 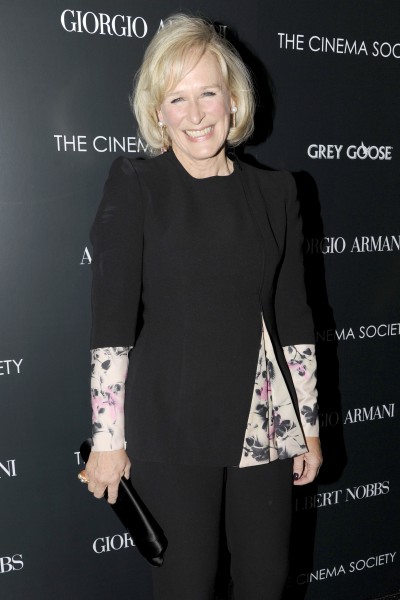 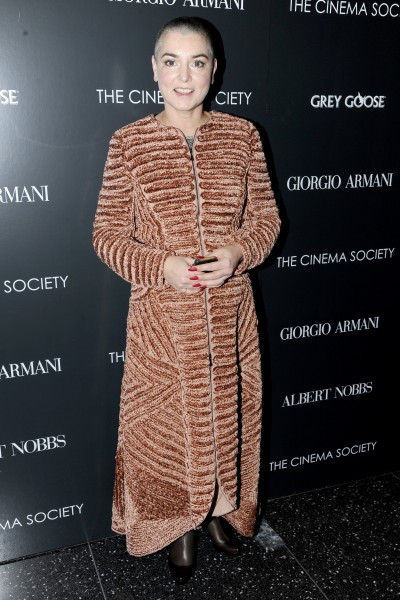 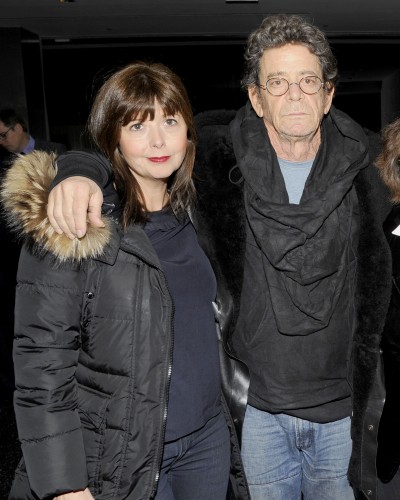 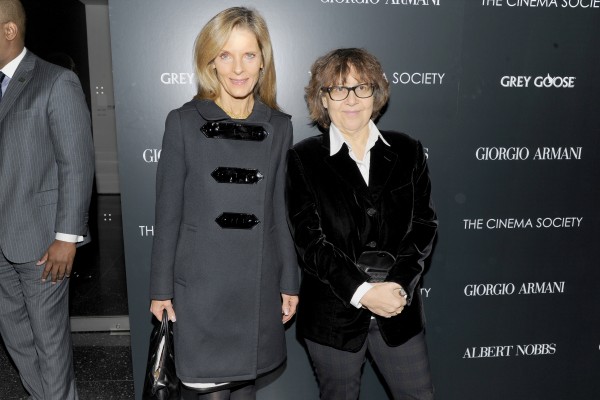 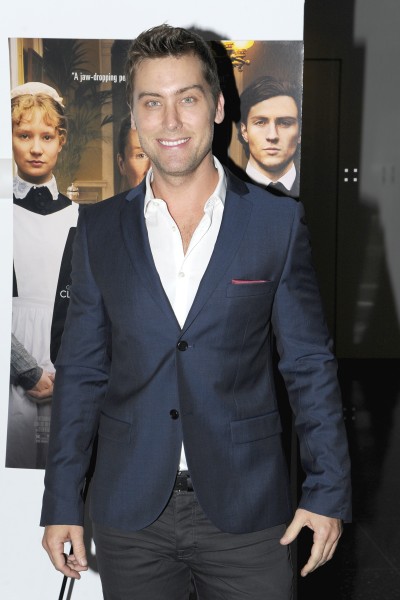 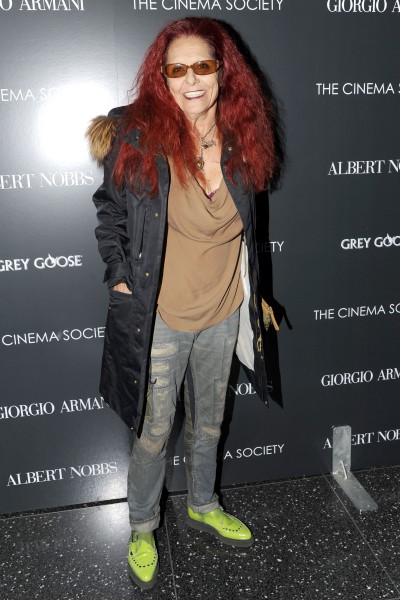 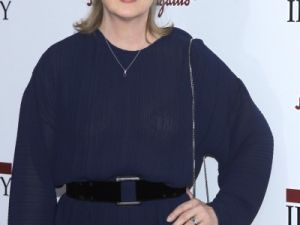 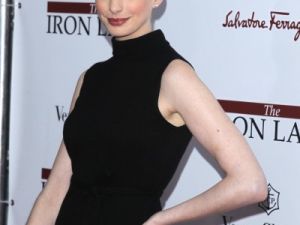 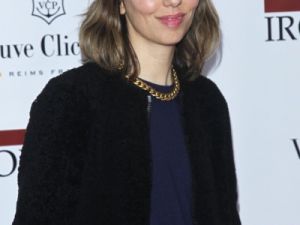 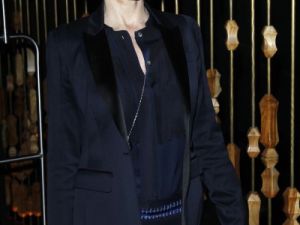 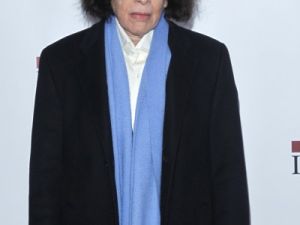 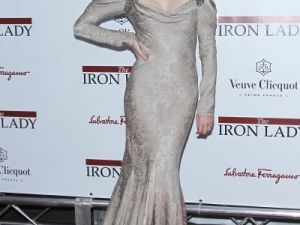 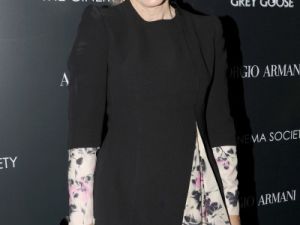 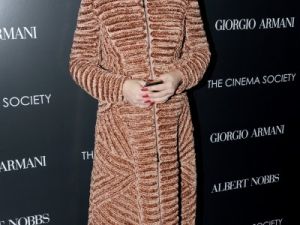 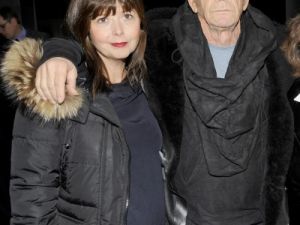 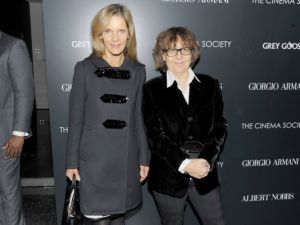 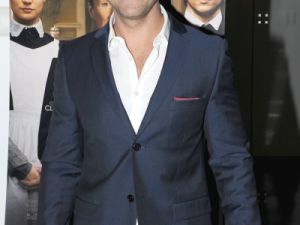 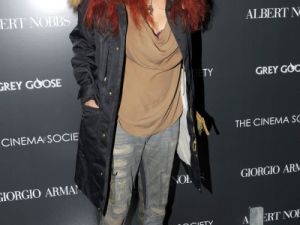 Last week, The Observer stared, brows furrowed, at two emails in our inbox. It appeared we would have to make an impossible choice—more impossible, even, than deciding between St. Barts or Vail for Christmas. Two Midtown theaters were holding competing screenings for two Oscar-aspiring films starring two sexagenarian actresses—on the same night! Our temples began to pulsate at the thought of deciding between Iron Lady and Albert Nobbs. How could one possibly choose between two such esteemed doyennes of the screen, Meryl Streep and Glenn Close? Impossible, surely! We decided it would only be right to attend both star-studded affairs. Beseeching the patron saints of film screenings to give us strength, we embarked on our binate night.

Approaching the Ziegfeld Theater, it was evident that a wide assortment of notables had appeared for the screening of The Iron Lady, in which Ms. Streep plays the much-maligned former British prime minister, Margaret Thatcher. Indeed, the number of nominations Meryl Streep has received over her extensive career is roughly equal to the tally of stars who turned out to support the actress last Tuesday evening, the likes of which included Fran Lebowitz, Christiane Amanpour, Gloria Steinem, Olivia Wilde, Sofia Coppola and Tina Brown.

As widely admired as Maggie is abhorred, Ms. Streep inspired model Coco Rocha—who tip-toed down the red carpet in her Zac Posen dress—to offer, “I think, who better than Meryl? I would hope she gets an Oscar, but I know there’s a lot of talk about others too.” (Ms. Close, perhaps?)

Only a few blocks away, the red carpet was wearing thin beneath the heels of celebrities and film impresarios at the Albert Nobbs premiere. Ingrid Sischy, owl-eyed as usual, posed with a demure Sandra Brant, while author Nicholas Sparks and artist Eric Fischl beamed holiday smiles for the flashbulbs.

We spoke to director Rodrigo Garcia, who explained that the film, which centers around a woman in 19th-century Ireland compelled to live for 30 years as a male waiter, was at heart not about gender roles or sexuality. “I think it’s about the aspects of yourself, of your personality, of your identity that you have to sacrifice in order to fit into your world,” he said. The Observer was curious to know what he had sacrificed as a Hollywood director. “I’m not telling you,” he replied with a bemused grin.

The newly married Sinead O’Connor appeared, wearing a long-sleeved, zip-up Armani frock made from a fabric resembling most closely a couture bathmat. We asked Ms. O’Connor if she, like the protagonist in Albert Nobbs, ever felt ostracized by society. “I hadn’t really thought about it. Let me see … No,” she said, scratching her recently reshaved head with long red nails as she pondered the question. Ms. O’Connor sings a haunting lullaby at the end of the film written, as it happens, by Glenn Close herself. How was Ms. Close as a lyricist?  “Oh, Bob Dylan has to watch out. Seriously,” she said.

We first chatted with Ms. Wasikowska, a soft-spoken Aussie starlet recently baptized as one of young Hollywood’s best and brightest. After Ms. Wasikowska humbly heaped praises on her co-star, we asked her which of Ms. Close’s films she liked the most. “I have to say 101 Dalmations,” she said, perhaps too young to have fully appreciated The Big Chill.

Ms. Close shared with us her thoughts on the curious character of Albert Nobbs. “She has no way to make a living. She’s doing what she does in order to survive,” Ms. Close said with passionate intensity. “It’s about a time when women had absolutely no rights whatsoever,” she said, hinting at the film’s political slant. This was not Ms. Close’s first time donning Albert Nobbs’s bow tie and silver serving platter, however, having performed the role on stage in the early 1980s. The story she said, stuck with her. “It’s a very different character and that’s rare. That’s what we all look for.”

Back at the Ziegfeld, we were just settling into our seat, eager to see Ms. Streep transformed into the intrepid stateswoman Margaret Thatcher, slightly aslant cuspid and all. Ms. Streep indeed made easy work of her difficult role in a charismatic performance that does Ms. Thatcher many favors—portraying the Iron Lady as charming, witty, wry, vulnerable and other adjectives not typically associated with the rock-ribbed Brit.

Postscreening, we made our way to Fourty Four at Roylaton, which was at capacity, guests already spilling out onto the street. We arrived after the first round of Champagne had been consumed, only to watch the second round retrieved by the waiter with military speed—fueling the already enthusiastic crowds.

We soon found ourselves quite literally on the heels of Anne Hathaway, who has made well known her admiration of Ms. Streep. “It was the best performance I’ve ever seen on screen, ever.” She said, as we turned to leave. “If that wasn’t clear, I loved it.”

But The Observer’s night was far from over. We followed a pack of roving socialites up Fifth Avenue, hoping beyond hope they would lead us to the Albert Nobbs after-party. We soon found ourselves square in front of the Armani Ristorante, where we walked up the mazelike staircase past the silent, sentry mannequins. Upstairs, a raucous party was in full swing, where Patti Smith, Lance Bass, Padma Lakshmi, Viola Davis, Vikram Chatwal and Katie Lee were talking loudly, straining to be heard above the festive din.

Cocktail party curmudgeon Lou Reed posted at a table casting his fur-lined parka aside. We asked Mr. Reed what he thought of the film. “Wonderful, fabulous, magnificent,” he said in a perfectly calibrated monotone. “I love Glenn Close, never been better, it’s the role of a lifetime,” he said, his tone dipping slightly at that last word, indicating an end to our conversation.

The crowd was in fine spirits, nibbling on tuna tartare and spinach croquettes. Suddenly, the unmistakable aroma of truffles pervaded the room. Trying to follow the sweet fungal scent, we watched with gastronomic dismay as a tray of ravioli with quail egg and black truffle passed directly over our heads and was delivered directly to the Reed/Sischy/Brant table in the corner. Finding solace in a warm pizzette, we soon found ourselves with a perfectly ebullient Paul Haggis. How had he liked the film? “I wasn’t able to see it because I came straight from work. I write and I write and sooner or later I get it right, but not yet,” he said animatedly. We asked who, if forced to choose, he would rather dine with, Meryl Streep or Glenn Close. This provoked what can only be described as a giggle fit from Mr. Haggis. “Oh, that’s a pretty good question,” he said recovering. “Well, I choose Glenn Close tonight, but Meryl Streep is wonderful, isn’t she?” So diplomatic, Mr. Haggis!

After Sinead O’Connor, now barefoot, sang the film’s song, we collected our coat and headed for an empty, awaiting elevator only to be joined moments later by Lou Reed and a female companion. We asked Mr. Reed who deserves the Oscar, Meryl or Glenn. “That’s tough,” he said. “I haven’t seen Meryl yet,” he said, donning his black coat and going to meet his black town car.