If you live in the New York City area, try not to get hurt during the upcoming holiday season. Or, if you do plan ahead to visit the ER –Every year, you tell yourself that diabetes takes Christmas off, and every year, you’re wrong– make sure that you have a quick way to get to New Jersey. Because there’s a very good chance that New York hospitals will see a nurse’s strike (they wanted to be Times‘ Person of the Year, too), followed by absolute bedlam.

You see, it turns out that just like everywhere else in America, New York nurses are suffering because of their health care premiums, and cuts to their current health plans, causing them to pay sometimes hundreds of dollars more for prescriptions. Oh, and on top of that, they are being strained by having to see more patients per day just to tell them that their insurance programs aren’t going to cover hospital bills, either. They are given scripts to recite in order to increase customer satisfaction on surveys, says Judy Sheridan-Gonzalez, who spoke to the New York Times as both a nurse and a union leader at Montefiore Medical Center, and “don’t feel respected” as “this corporate model is being shoved down our throat.” Another nurse referred to the hospitals as “Nonprofit Oligarchs,” which you have to admit is very catchy. We can just imagine it on an Occupy sign.

This corporate model comes from recent cuts in Medicaid and Medicare programs: most hospitals are trying to reassess their budgets under new payment models, and hospitals can lose money if their customer satisfaction surveys are too low, or too many patients are readmitted in 30 days. (What if the hospital has just a really high mortality rate? That’s probably fine.)

Mount Sinai, Montefiore, and St. Luke’s-Roosevelt Hospital Center are the three hospitals expected to be hit as 6,000 registered nurses get ready to do what their California brethren did in September. Though the California nurse strike only lasted one day, there are some huge repercussions that can mess up more than just your Medicaid bill. Such as: you also have an almost 20% higher chance of dying if you go into a hospital when the nurses on a strike than while they are working.

Though the New York State Nurses’ Association has yet to give their 10 day “strike warning,” the hospitals are gearing up for what they see as the inevitable outcome of months of stalled negotiations.

“They’re making demands at the bargaining table that are out of line with what others have been able to get,” Mr. McIver said. “Up and down the line, all health care workers have been asked to make sacrifices,” said a negotiator for Mt. Sinai and Montefiore.

Aren’t we all, aren’t we all. At least New York Presbyterian was able to forestall a strike by signing a new, four-year contract that agrees to meet the nurses’ demands for better health care coverage and safer staffing.

So if you’re planning on eating a whole chocolate Santa without any insulin this year…go to New York Presbyterian. 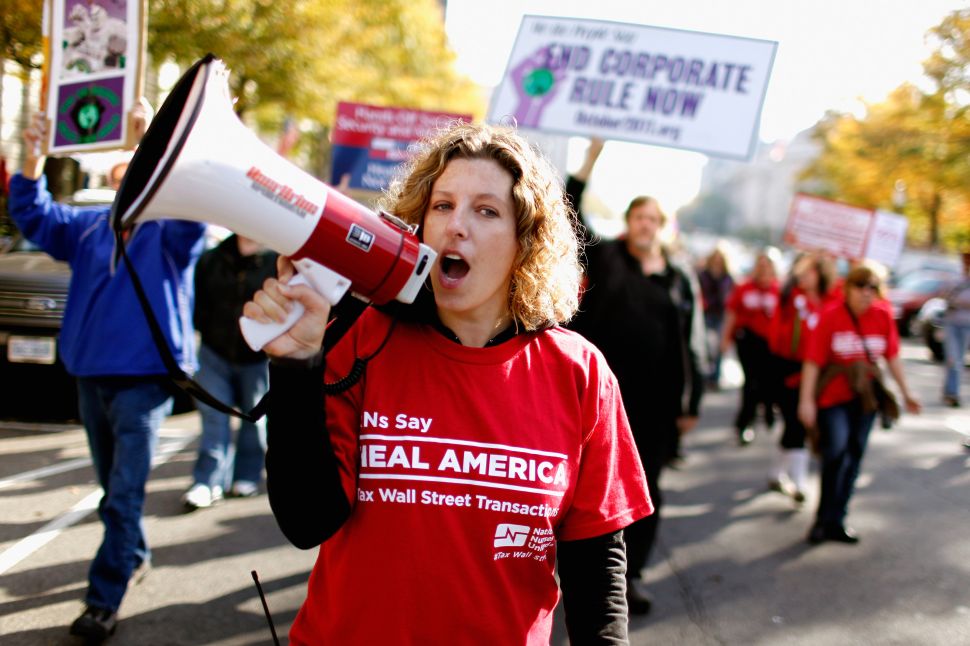