With buzz building out of Heldrich negotiations concerning the possibility of a redistricting-induced matchup between U.S. Rep. Steve Rothman (D-9) and U.S. Rep. Scott Garrett (R-5), Rothman went into vigorous campaign mode, emphasizing his opposition to the Tea Party wing of the GOP.

That happens to be the Garrett wing of the party.

Rothman voted against the House Republicans’ rejection of the bipartisan Senate compromise on the payroll tax cut.

“Unfortunately, House Republicans rejected this proposal even after the vast majority of Senate Republicans approved this two-month compromise,” Rothman said. “House Republicans must immediately abandon their extreme right-wing Tea Party politics, permit an up or down vote to protect these programs for all Americans, and allow negotiations to continue on a full-year extension.

“Today, I voted against the House Republican bill that kills a compromise that had the support of House Democrats, 50 Senate Democrats, and 39 Senate Republicans. The bipartisan compromise would have extended unemployment benefits for more than 120,000 New Jerseyans and a payroll tax cut of $1,500, on average, to 4.7 million New Jerseyans. In addition, the compromise would have prevented more than a 27% cut for payments to doctors under Medicare. This cut threatens to deprive 1.3 million New Jersey seniors, and 48 million seniors nationwide, of a doctor’s care.”

Garrett was among those 229 congressmen opposed to extending the payroll tax cut.

“Republicans generally dismiss [the payroll tax cut] as a job-producing program and say, if we’re going to pass something that costs X number of billions of dollars, let’s have something in it that at least has some empirical evidence that will produce jobs,” the Republican congressman said last week on NPR. 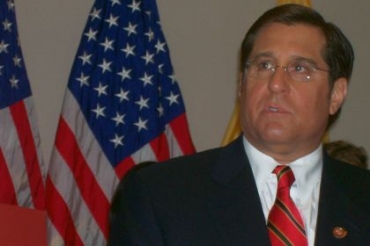