TRENTON – As the Senate awaits bills from the Assembly before adjourning, two senators from opposite sides of the political spectrum explained their votes against sports betting. Another senator, alerted that he had voted against the measure, changed his vote with the clerk.

State Sen. Mike Doherty (R-23), of Washington Township, one of the most conservative delegates in Trenton said, “I just don’t think we need more gambling.”

Already legalized gambling promised to be an anathema for the state’s fiscal woes, he said, but never materialized as such. “It seems like they promise the moon,” he said, “and don’t deliver most of the time.”

“I think we have more than enough gambling in the state of New Jersey,” she told State Street Wire. She especially worries about college sports betting and its effect on the youth of New Jersey.

“Young people can easily become addicted to gambling,” she said. “People get in over their heads.”

State Sen. Gerry Cardinale (R-39), of Demarest, inadvertently voted against the measure and, when notified, changed his vote with the clerk.

A backer of the bill told State Street that the internet amendment was pushed by Gov. Chris Christie because of concerns over the legality of the clause. In deference to the governor, sponsor state Sen. Ray Lesniak (D-20), of Elizabeth, pulled the internet gambling provision.

Furthermore, Lesniak will be introducing a second voter referendum specific to internet sports wagering for the coming year, to be followed by a seperate bill addressing the issue. 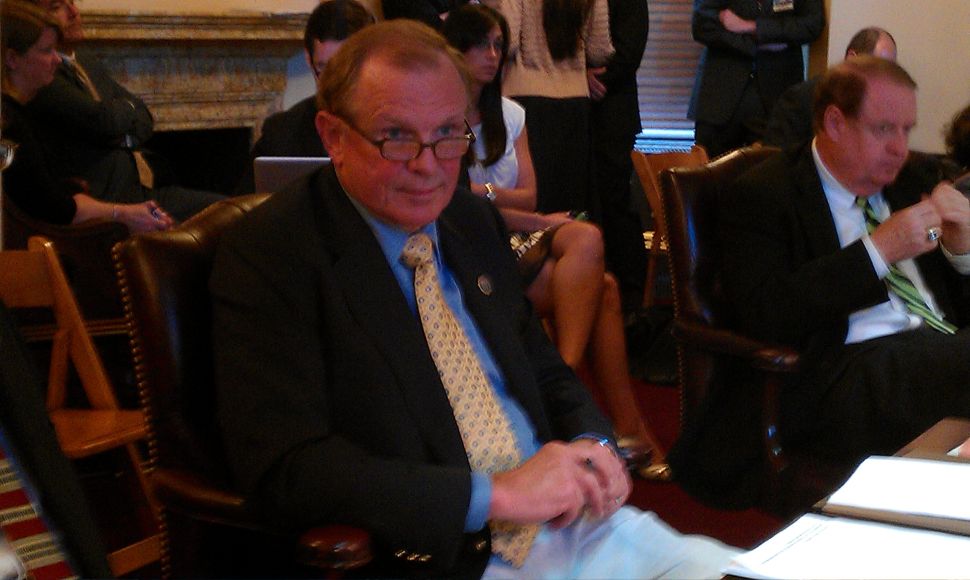