Well this has certainly blown out of control: Mike, the Investment Banker (and your fiancee), who has a penchant for writing long anti-love letters to women he barely knows, may have struck again.

In a letter to LuxurySpot, a woman named Danielle claims to have been contacted by Mike in 2006 after offering her place on Craigslist for studio shoots. She turned him down and he repeatedly sent her messages. (Don’t worry, this is before you guys ever met!) Recently, he contacted her again “just to be friends”–perhaps after you rebuffed him after your fateful eye-contact/hair-flipping date–and she threatened to call the police.

So our question to you is: Is this the same Mike, or a copycat creeper? We’ve highlighted what we believe to be the key parts, just so you don’t have to read the  whole thing through a veil of tears.

I’m disappointed. In my opinion, we should have met. I think we should meet. We could be friends. Even though you treated me badly in the past, I contacted you in May in the spirit of reconciliation, humanity, and generosity. I think meeting would have been the right thing to do. After all, I explicitly mentioned that I wasn’t asking you out on a date (see my email sent in May below). Why did I ask you if you were in a relationship? I asked that because I’m a curious person by nature. The more information I know, the better. The more information I know about a situation, the more I know what to expect (and not expect) from the situation. If I didn’t ask you in the email, I would have asked in person if we had met.

FYI, I suggest that you keep in mind that emails sound more impersonal, harsher, and are easier to misinterpret than in-person or phone communication. After all, people can’t see someone’s body language or tone of voice in an email.

I’ve considered the possibility that you might have a boyfriend now.  But if I were your boyfriend, I wouldn’t have a problem if you had met with me. After all, it wouldn’t be a date and we wouldn’t be doing anything romantic; it would just be platonic. In fact, I once dated a woman and she went out platonically with her ex-boyfriend on a regular basis and I didn’t have a problem with that. Obviously, I practice my own philosophy. People shouldn’t be possessive. When people are in a relationship, they should trust each other. Your boyfriend should trust you with respect to your going out with other people.

I wish you would appreciate how much we had in common. We presumably still have a lot in common. (I’m assuming that your current personality is similar to your personality several years ago.) People don’t grow on trees. I can definitely envision us being friends–great friends actually. In my opinion, if we don’t become friends, it would be a shame and tragic in a micro sense. (An example of something tragic in a macro sense would be an earthquake that kills a lot of people.) Loyalty is a quality that I value a great deal. I wish you were loyal to me. Obviously, if a friendship is a two-way street. If you don’t want to be friends, then it’s your fault. It’s not my fault, I reached out this year. Several years have gone by; enough time has passed since 2006. Before you hung up on me the last time we talked, you said you were “sorry.”  Well, this is the opportunity for a reconciliation. After sending this email, there isn’t much more for me to say on the issue of friendship between us.

I hope you appreciate that I’m very intelligent and have excellent judgment. (By the way, I certainly don’t think I’m perfect.) I displayed excellent judgment even when I was anxious in 2006. I didn’t over-idealize you; I was right about how much we had in common. In addition, I was correct when I stated that you were mistaken when you said that you were not interested in a relationship. I said that you were too young and that, unless something horrible happened to you (e.g., your getting hit by a truck), you would get into a relationship in the future. That seems to have turned out to be the case.

In terms of human interaction, there is a spectrum. On one end of the spectrum, people don’t socialize at all. At the other end of the spectrum, people spend the rest of their lives together. There’s a lot of scenarios in between those extremes. It shouldn’t be an all-or-nothing thing. I understand that it is common for two people to not socialize after a romance doesn’t work out (or after a romance doesn’t materialize). However, just because something is common doesn’t necessarily mean it is optimal. For example, obesity is common in many countries (including the U.S.). However, being obese is not optimal.

In my opinion, we should meet and be friends. If you want to meet, then let me know and I can call you and we can make plans to meet. If you don’t want to meet, I would appreciate it if you would email me back to let me know that you have read my email.

Humans don’t grow on trees seems to be this guy’s major line. Which could easily be rebuffed with a simple “But there are seven billion of them in the world, most of whom are less crazy than you.” 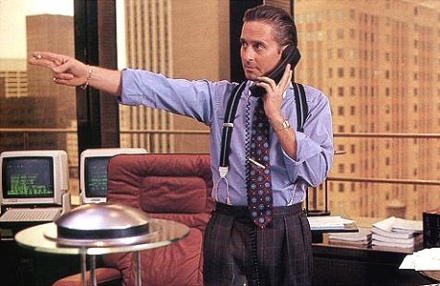