Lady Gaga is stuck on fuckin' you

Hmmm…this new Christmas single, released by Lady Gaga via Twitter on Christmas, is the type of shenanigans we are used to seeing from Ke$ha. “Stuck on Fuckin’ You” is 5 1/2 minutes long, with the last 90 seconds totally improvised (according to Gaga). You can barely tell!

According to the video’s description:

So to give you a little background to the creation of this song. I wrote it in Minnesota after the Monster Ball on the tour bus. We recorded it in one shot. Fernando on guitar, Paul on Drum Machine. I wrote, sang it, and freestyled the last minute + a half of the song.

Just a glimpse into the fun and frantic tour life of Lady Gaga and the Little Monsters. In other news, did anyone read that Vanity Fair story on how a Lady Gaga sketch by Tony Bennett sold for $30,000? As relevant and timely as a song about sexual intercourse on Christmas! 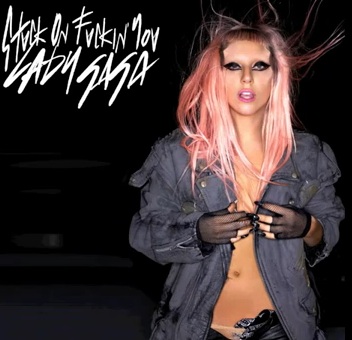