Hiro Ballroom, the two-story subterranean dance hall loved by hipsters and Midtowners alike, will be closing its doors come March, according to employees at the Maritime Hotel, where the venue is located. Also closing at the hotel is Matsuri restaurant. And while none of this should come as a huge surprise–rumors have been swirling about who would take over management of the club and restaurant space since the fall– now we finally have an answer to that particular burning nightlife question. Marc Packer–whose name is usually synonymous with the Strategic Group founders like Noah Tepperberg, Jason Strauss, and Rich Wolff— will be taking over management duties at the Maritime spaces. Mr. Packer is best known for his work at Las Vegas’ LAVO club as well as Tao.

So what can we expect in the space where Hiro and Matsuri once were? Something that sounds suspiciously like a Stefon-themed nightclub, if his former work is any indication.

Modeled after the ancient European bathhouses, LAVO is the latest “concept” creation from the visionary team that brought us Tao Nightclub and Tao Beach. During your time at LAVO, expect to run across any number of theme-inspired surprises like midgets fanning models, genuine ancient Turkish decorations, human candelabras, and Tao Nightclub’s signature models bathing in bathtubs.

That’s right…human candelabras. AND midgets. Separately. We wonder how New Yorkers will react when they realize that Spicy! is a real club. 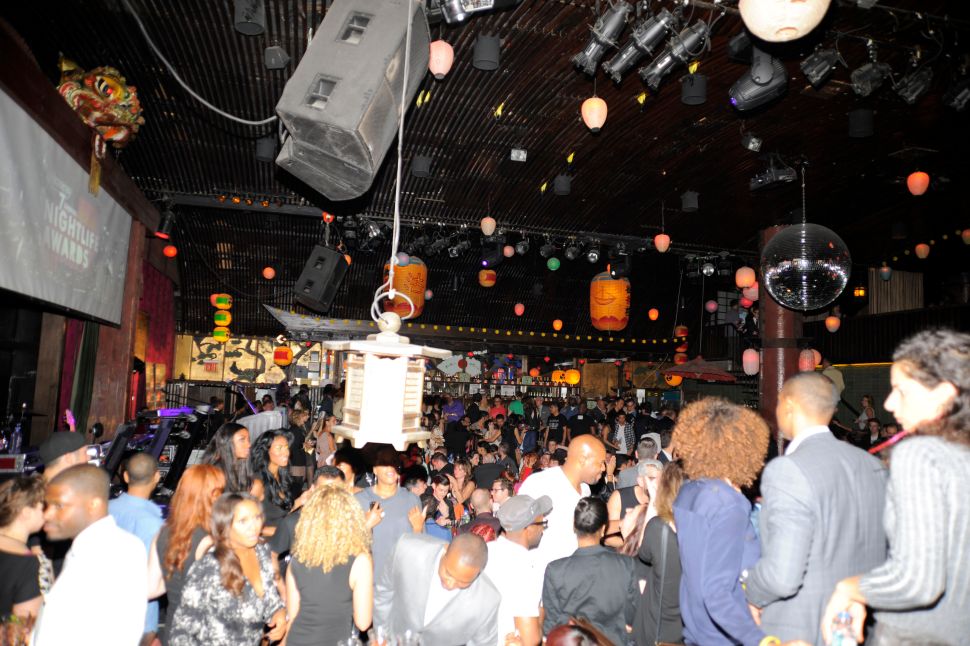