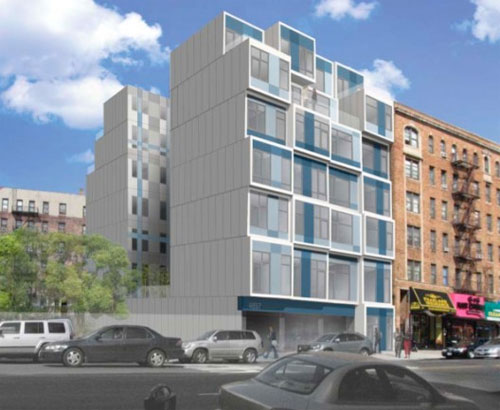 Architects are back at work on a prefab project in Inwood. 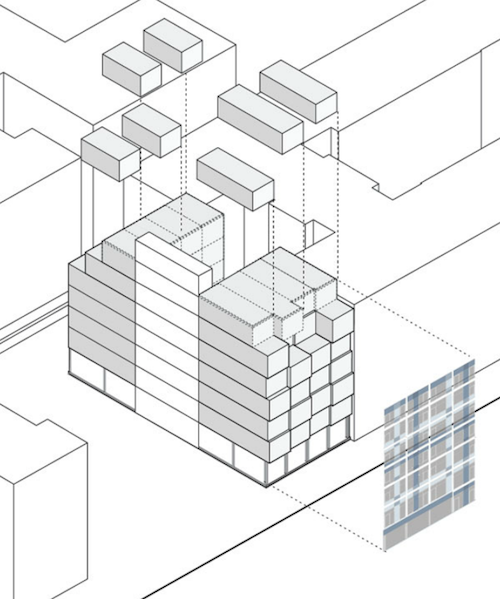 Modules would be installed in the course of eight days, an unheard-of pace in New York construction. 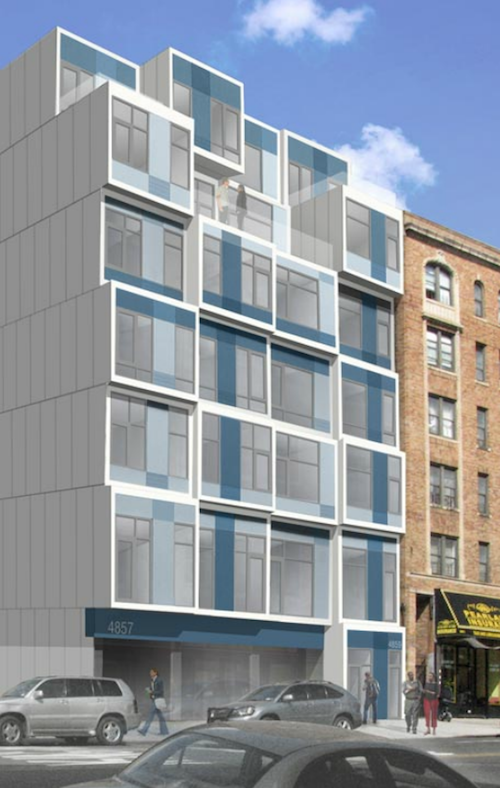 A closer view of the funky facade. 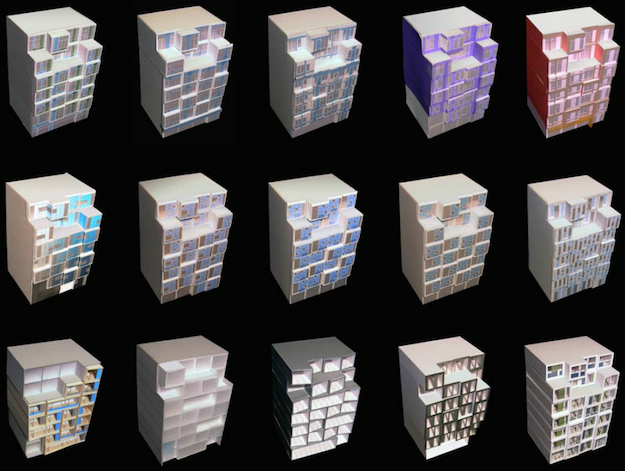 Since the modules are a frame, a range of facades could be applied to the same system.
Advertisement 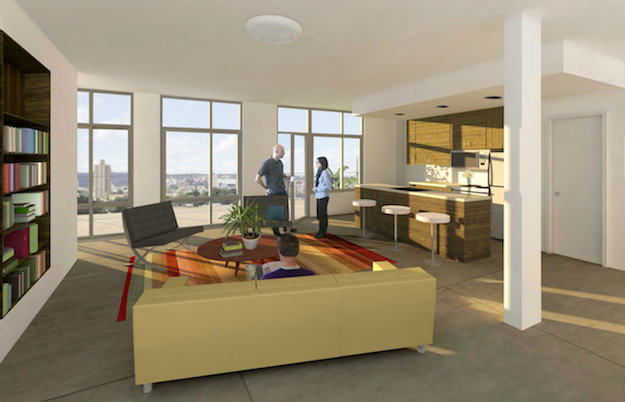 And the interiors don't looks half bad, either. 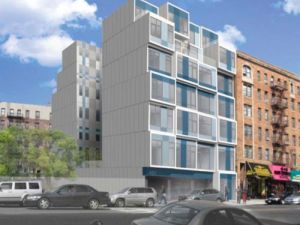 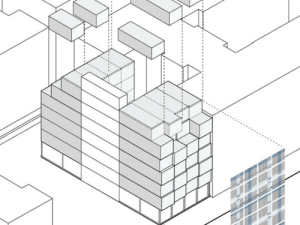 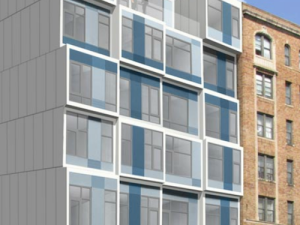 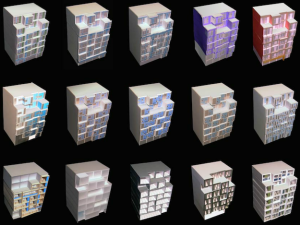 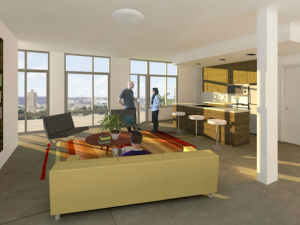 In this week’s paper, The Observer looked at the possibility for prefab in New York City, assuming it takes off at Atlantic Yards. Among the claims against we heard was that even if there is a construction revolution, it will never come to Manhattan, given the tight quarters. Granted Inwood is a bit more spacious than the Financial District, but we are still wrong on that count, as Curbed reports that a long-planned prefab project at 4857 Broadway is back on.

The project first popped up in 2009, and the architects, Peter Gluck & Partners, have just filed a new set of plans, pushing the project from seven to eight stories. Not exactly 32, like Bruce Ratner has planned, but it shows the potential on mid-rise sites, especially when the ambitious scope of the project is considered: According to Curbed, the plan is to build the modules in the span of three months in Pennsylvania, ship them in and erect it all in the course of eight days. Can you imagine a developer would not be interested in that kind of turn around?

The future is finally now.