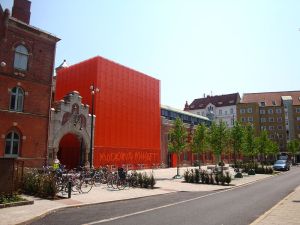 Mr. Nilsson fills a space that had been vacant since October, when Magnus Jensner stepped down after Mr. Birnbaum’s moved to cut costs at the Malmö branch, which opened in 2009. Mr. Birnbaum has proposed linking the two museums more closely, and organizing shows in Malmö based on Stockholm’s collection, to save money.

According to a report in The Art Newspaper, the Malmö museet had been overrunning its budget by some £186,000 ($288,000) a year. “When building up a new institution, it sometimes happens,” Mr. Birnbaum told the paper of the cost overruns. “After two years, however, we were forced to make changes.”

Nilsson takes up the position in March of next year.