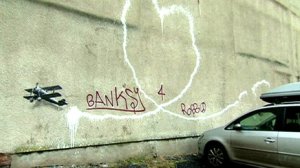 A warm feeling for the holidays: art vs. nihilism. [Art Market Monitor]

Growth in wine sales at the major auction houses slows due to global debt. [Bloomberg]

A glowing review of Richard Misrach calls him “the most interesting and original American photographer of his generation.” [WSJ]

Researchers have discovered that the quarry that provided the stone for Stonehenge is located about 160 miles from the archaeological site. How the stone was transported remains a mystery. [Wired]