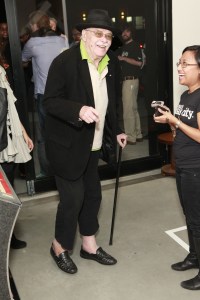 Australian hotel group challenges visitors to find and steal a Banksy hanging in one of their hotels. [The Huffington Post]

The British government needs some $44 million to keep an unfinished Manet in the country, though it’s not exactly clear to whom this money will need to be paid. [The Guardian]

Brookfield Properties is letting artists use space at 1 New York Plaza in lower Manhattan for studios. An open studio is scheduled for today from noon to 6 p.m. [NYT]

The Guggenheim announced details for its long-awaited John Chamberlain retrospective. (Yes, the show will feature one of his epic foam couches.) [Guggenheim]

More complications arise in the issue of authenticating artworks. [The Art Newspaper]